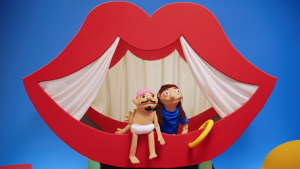 “Lalala” continues its explosive rise on the charts following its release in June. The track is currently Top 15 on Spotify’s Global chart and Top 20 on Spotify’s U.S. chart and has accumulated over 150 million global streams to date.

Y2K is Ari Starace, a multi-genre producer & DJ based out of Los Angeles. After playing in bands throughout his youth in Phoenix, Arizona, Y2K began producing remixes of popular songs in 2014. His take on records like XO TOUR Llif3, Lord Pretty Flacko Jodye 2 and See Me Fall have amassed tens of millions of streams. He soon transitioned from remixes to studio work, producing for artists like Killy, Yung Bans, and Polyphia. Y2K’s influences are timeless and diverse and he moves seamlessly across genres and decades in both production and DJing – taking inspiration from Atlanta rapper Young Thug to ’80s duo Tears for Fears and new-age icon Enya to name a few. Y2K has earned a loyal following online and off with DJ sets at shows, house parties, and everything in between, and has toured across North America, Asia, and the Middle East. His current single ‘Lalala’ with rapper bbno$ has found viral success, garnering more than 150 million global streams to date. As ‘Lalala’ gains momentum, Y2K is working on his debut project, Dream Eater, which showcases production and features from across his world of work.

Born and raised in Vancouver, Canada and homeschooled until his sophomore year of high school, Alex Gumuchian a.k.a. bbno$ has always had a knack for doing things differently. In 2014, after making new friends during his first year of college, bbno$ started a multimedia collective who shook up the local Vancouver music and fashion scene. After the group disbanded, bbno$ went on to get his degree in Kinesiology at the University of British Columbia, honing his musical prowess during his spare time. By 2017, bbno$ had already built a cult following internationally, playing his very first sold out tour in China. Since then the 24 year-old cemented his legacy as one of the most forward-thinking and innovative independent hip-hop artists and shows no signs of slowing down. With four world tours and two albums under his belt, bbno$ is poised to take his career to the next level. Off the back of his latest hit single

“Lalala” and 44 million streams in a single month, he is set to release his third album and embarque on a North American tour before the end of 2019. Having amassed well over 350 million streams globally since debuting in 2016, bbno$’s story is a true testament to the potential of self-promotion. His unrelenting work ethic along with his out-of-the-box creative approach and tenacious charisma demonstrates that there is still space for independent boundary-pushing artists in today’s music market.