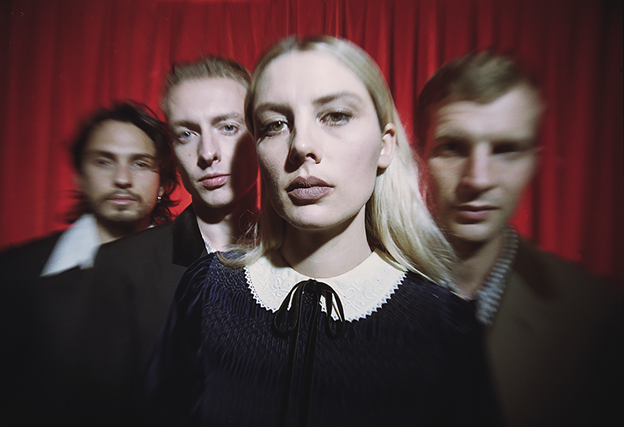 “a stone-cold masterpiece full of confidence and magic” – NME, 5*

“The London quartet have made something so undeniably brilliant” – DIY, 5*

“a perfectly interlaced balance of momentum and marvel” – Line of Best Fit, 9/10

“a band celebrating ten years together in the best way possible: by making a masterpiece” – Album of the Week, Sunday Times

“…some of their most lush and intricate work to date.” – Brooklyn Vegan

“Blue Weekend is a stunning return and one that should cement Wolf Alice’s reputation still further. As ever it’s an eclectic yet cohesive collection of songs that demonstrates maturity, and an unerring ability to craft beautiful, heartfelt genre-defying music full of warmth, depth, and emotional intelligence.” – Under The Radar, 9/10

Wolf Alice today release their eagerly-awaited third album Blue Weekend, the record has been hailed as a masterpiece. The record features “The Last Man On Earth”, “Smile”, “No Hard Feelings” and “How Can I Make It OK?”. Blue Weekend  is out now via Dirty Hit/RCA Records, and available on all DSPs and vinyl. https://wolfalice.co.uk/blueweekend/

Blue Weekend is the followup to 2017’s, Mercury-prize winning Visions Of A Life, a record that cemented the bands position as one of the UK’s most exciting bands. Now, with Blue Weekend, “Wolf Alice cement their place at the peak of British music” (NME).

Yesterday, the band released the Jordan Hemingway directed video for “How Can I Make It OK?”, one of the centerpieces of Blue Weekend. The video will be part of the larger Blue Weekend short film which will be premiered at Picturehouse Central, Soho, London on June 10. For more information please visit https://store.wolfalice.co.uk/

In 2022, the band are heading out on a full UK & Ireland tour, the majority of dates sold out within hours and a number of new shows have been added. For the full list of dates see below, and to purchase tickets go to https://wolfalice.co.uk/#tickets.

Wolf Alice are Ellie Rowsell (vocals, guitar), Joff Oddie (guitar, vocals), Theo Ellis (bass) and Joel Amey (drums, vocals). It has been a decade since the band began as a duo of Ellie Rowsell and Joff Oddie,  then later expanding to a four-piece, with Joel Amey and Theo Ellis joining the group. Since then, the band saw their 2015 debut album My Love Is Cool soar to #2 on the UK charts, their sophomore album Visions Of A Life win the 2018 Hyundai Mercury prize, and a GRAMMY nomination for Best Rock Performance. The band played a massive 187 shows on the Visions Of A Life world tour – including a sold out Alexandra Palace, 2 sold out dates at Brixton Academy, and a set on the Pyramid Stage at Glastonbury.

It was no surprise that creating a follow-up to Visions Of A Life was a daunting task. The band decamped to an Airbnb in Somerset, and it was there that they reconfigured who they were together, far away from festival stages, tour buses, awards shows, and fans. They cemented their friendship and set to work on some fledgling demos in a converted church. These demos evolved into Blue Weekend, a record produced by Markus Dravs (Arcade Fire, Björk, Brian Eno, Florence + The Machine) who has aided the band in refining their sound to an even sharper point. Rowsell’s personal storytelling is at the core of Blue Weekend, an album that sees Wolf Alice embrace a newfound boldness and vulnerability in equal measure. 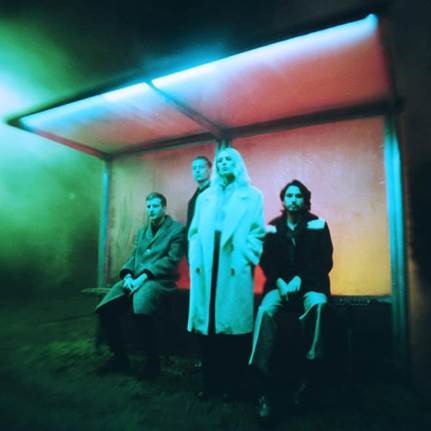