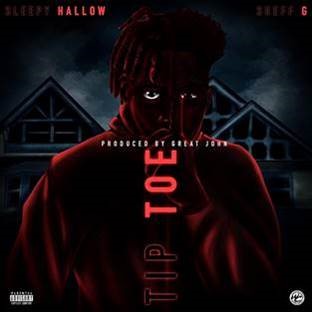 Brooklyn’s beloved label and crew, Winners Circle Entertainment announces their partnership with RCA Records in a new major label record deal. Led by Sheff G and Sleepy Hallow, the collective are on a mission to create a culture-defining legacy and sound.

“We’re happy to be here. We worked hard and led the streets for a minute. Now it’s time to take this whole thing over.  We did that. And there’s more coming,” says Sheff G.

““It’s great to see NY rap getting back into these conversations, especially in my hometown of Brooklyn,” says Mark Pitts, President Urban Music, RCA Records. Winners Circle is not just a clique, they’re a MOVEMENT. Hip-hop is continuously evolving and they are ushering in the next wave of the culture. To paraphrase the great BIG – That Brooklyn bullshit, THEY on it!”

Incorporated in 2019, Winners Circle Entertainment includes label co-owner Sheff G, Sleepy Hallow, Eli Fross and producer Great John, who handles a majority of the label’s music production. It is co-owned and operated by a solid management conglomerate which is made up of Jeremy “Jerm” Soto and Karel “White” Jorge.

“We dreamt it. We pursued it. We did it consistently. We developed a sound and a brand. We’re still growing and we’re just scratching the surface while pursuing legacy,” says Jeremy “Jerm” Soto.

“We come from nothing, so we appreciate everything!! We worked hard and relentlessly to give our fans the best content and music we can provide them with consistently! We look forward to our partnership with RCA and having Peter Edge, Mark Pitts, Skane Dolla, Derrick Aroh and the entire RCA staff in our corner to help make our visions come to fruition as well as helping create the next generation of CEO’s!! We are the Winners Circle!! Stay Tuned,” Karel “White” Jorge.

Both Sheff G and Sleepy Hallow had breakout moments throughout the past two years. Individually they display a raw style addressing their blunt realities. Sheff G’s rise to stardom began in 2016 creating a local hit, “Nightmare,” produced by Great John in his living room. The following year he’d go on to make his breakout hit in “No Suburban” followed by the acclaimed 2019 project, The Unluccy Luccy Kid.” Sheff showed no signs of slowing down, dropping “No Suburban Pt. 2” which received over 21.2M streams. His album, One and Only, received rave reviews in Pitchfork and Complex, which ranked it #21 on its list of 2020’s best albums so far. Most recently Sheff G released Just For Ya’ll garnering over 9.6M streams across all platforms.