MORRIS TO PERFORM “I COULD USE A LOVE SONG” ON NBC’S THE VOICE TONIGHT, TUESDAY, MAY 9 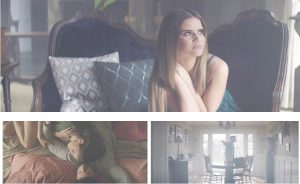 Nashville, TN – Columbia Nashville GRAMMY® Award-winning singer/songwriter Maren Morris releases the new music video for her “I Could Use a Love Song.”

Morris took to social media stating “It’s hard for me to be vulnerable sometimes, so making the ‘I Could Use a Love Song’ video was tough because it’s extremely personal to my story to getting where I am today,” says Morris.

“It’s been a process, but thankfully, our AMAZING cast Shelley Hennig and Garrett Hines brought this chapter to life in such a raw way.”

Morris is set to perform “I Could Use a Love Song” on NBC’s The Voice tonight, May 9.

Twenty-seven year old Columbia Nashville singer/songwriter Maren Morris has quickly established herself with vocal styling’s that reflect her country, folk and pop influences. Armed with sheer talent, honest lyrics and a completely magnetic presence, Morris’ label-debut album, HERO, released via Columbia Nashville on June 3, 2016. One week after it was available, HERO entered the Billboard Country Albums chart at No. 1 and No. 5 on the Billboard Top 200 Chart, which spans across all genres. With this, the Arlington, Texas native became the first artist in the history of Columbia Nashville to open at No. 1 on the Billboard Country Charts with a debut album in the Soundscan era. Morris’ debut single from HERO, “My Church,” set a record at Country radio by having the most chart reporting stations to play a debut single by a country artist with 107 stations the week it hit the airwaves in addition to being certified PLATINUM by the RIAA in the U.S.

Kicking off 2017 Morris took home the GRAMMY® for BEST COUNTRY SOLO PERFORMANCE for “My Church” at the 59th Annual GRAMMY® Awards in addition to having the most nominations for a Country music artist with FOUR to her credit including BEST NEW ARTIST, BEST COUNTRY ALBUM (HERO) and BEST COUNTRY SONG (“My Church”). She received SIX nominations for the 52nd Academy of Country Music Awards including Female Vocalist of the Year, New Female Vocalist of the YeaR which she took home the trophy for, Album of the Year (as artist and producer) for HERO, and Single Record of the Year (as artist and producer) for “My Church.” Morris was also named Radio Disney’s BEST NEW COUNTRY ARTIST at the 2017 Radio Disney Music Awards.