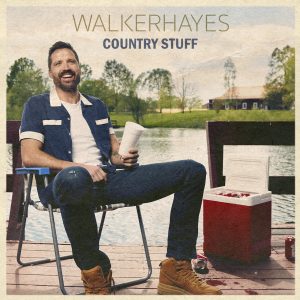 During the pandemic, Hayes and his family (wife Laney and six children) spent more time than ever at their family’s 500-acre farm…doing country stuff. The hunting, fishing, tractor driving, and dirt roads reminded Hayes of his own childhood, and just how much fun it is to be from the country.

So, he sat down and wrote about it, then sent the song to Joe Thibodeau who brought it to life. They knew the track needed another voice, and who better to sing about “Country Stuff” than Jake Owen?

“Having Jake Owen on ‘Country Stuff’ is a full circle moment for me” says Hayes. “When I got my first publishing deal in town, Jake was one of the first artists to put a hold on one of my songs. That moment meant so much to me. To now be releasing a song with him on it…that’s just mind blowing.” 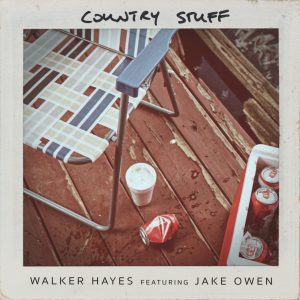 Also announced with this release, is Hayes’ forthcoming EP of the same name. Country Stuff is out June 4th and features previously released tracks “I Hope You Miss Me” and “Make You Cry,” along with new songs featuring Carly Pearce and Lori McKenna. 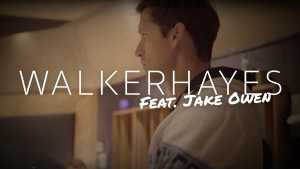 His debut album boom., co-produced by multi-GRAMMY Award winning producer and songwriter Shane McAnally, led Billboard to call his music “personal, soul-bearing storylines; rolling rhymes; and Macklemore-like cadence.” The 10-track album includes the RIAA certified, Double-Platinum, Top 10 hit “You Broke Up With Me,” as well as the highly anticipated follow up single, “Craig.”

Hayes’ music, including singles “90s Country” and “Don’t Let Her,” and most recent releases “I Hope You Miss Me” and “Make You Cry,” has gone on to be streamed over half a billion times. As the Washington Post stated “Hayes has broken into the mainstream by sounding different.”

Hayes has performed his music to national audiences on Good Morning America and The Today Show and joined the likes of Kelsea Ballerini, Dan + Shay, Thomas Rhett, and Old Dominion on tour. In January 2019, he set out on his headlining, Dream On It tour selling out venues across the country.