UPTOWN BOYBAND BRING US ANOTHER SUMMER BANGER WITH “MONA LISA” 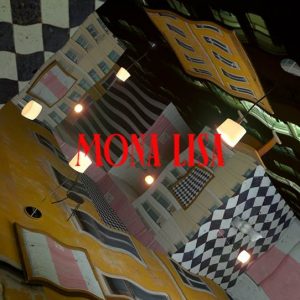 [Toronto, ON – August 25, 2021] Toronto’s UPTOWN BOYBAND today release a brand-new track along with accompanying visualizer for “MONA LISA.” Paying homage to the groups early underground live shows, “MONA LISA” was created by the Korean Canadian trio to incite one of their infamous mosh pits. Co-written and produced by Emery Taylor, UPTOWN BOYBAND showcases a darker side of what’s to come in 2021 with their latest single. Watch the mesmerizing visualizer here.

On “MONA LISA,” UBB channel’s their signature genre-bending style of alternative K-POP mixed with trap elements. With its heavy bass and faster tempo, the production of the new track is bound to make every concert crowd feel alive. “We’ve been working on a lot of pop music [this year] and Mona Lisa is a refreshing reminder of some of our older sounds. This new track brings in the familiar hard-hitting 808’s and snares that existed in many past UBB productions” tells UBB member Justin Trash.

Earlier this summer, UBB released their first single of 2021 titled “RICH GIRL,” which leaned into the realm of Pop and EDM. “RICH GIRL” is an ode to the famous idiom ‘never judge a book by its cover,’ highlighting that a person’s outer appearance isn’t the only part of them that matters.  “MONA LISA” follows “RICH GIRL” in a different light: “We wanted to make ‘MONA LISA’ contrast to our previous release ‘RICH GIRL’. Instead of writing about an emotional connection with another individual, we wanted this song to be about making people feel good about who they are” adds UBB member Roc Lee.

UPTOWN BOYBAND is hard at work putting together new songs and video content to drop later this year, stay tuned for more updates!

Based in Toronto, Ontario, UPTOWN BOYBAND is Justin Trash, Joe Rascal, and Roc Lee. The groups musical style and artistic vision is co-inspired by their communal love for K-POP and their Korean roots, as well as their North American upbringing and adoration of Hip-Hop. Together, the trio is forging their own path by breeding a new version of K-POP; combining Pop and Trap elements into a cohesive sound that is distinctively UBB. With that specifically Torontonian formula of multicultural synthesis and punkish ambition UPTOWN BOYBAND is working hard to shape the new Toronto in their own image. 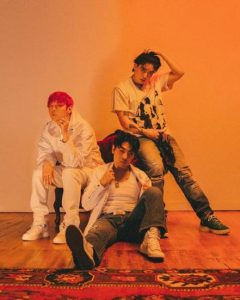