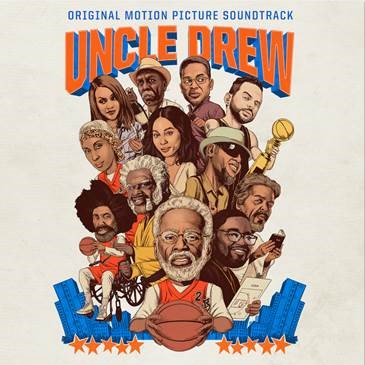 Over the past few months, the soundtrack released “1942”, “Cocky,” “Lightflex,” “Harlem Anthem” and “New Thang.”  The 5 tracks racked up an impressive 75 streams worldwide and was praised as “a bona fide slammer” by Noisey.  After the two singles were released Complex stated, “Considering the strength of the singles released from the soundtrack so far, it’s looking like the whole soundtrack is going to be required listening when it drops in June.”

Last night, G-Eazy, Yo Gotti and YBN Nahmir turned the Jimmy Kimmel Live! stage into a basketball court to perform “1942” in celebration of the soundtrack’s release (click here to watch the performance).

After draining his life savings to enter a team in the Rucker Classic street ball tournament in Harlem, Dax (Lil Rel Howery) is dealt a series of unfortunate setbacks, including losing his team to his longtime rival (Nick Kroll).  Desperate to win the tournament and the cash prize, Dax stumbles upon the man, the myth, the legend UNCLE DREW (NBA All-Star Kyrie Irving) and convinces him to return to the court one more time. The two men embark on a road trip to round up Drew’s old basketball squad (Shaquille O’Neal, Chris Webber, Reggie Miller, Nate Robinson, and Lisa Leslie) and prove that a group of seniors can still win the big one.

After a successful five years as a fan-favorite digital episodic series, originally conceived by Pepsi, UNCLE DREW, will hit theaters June 29th.  The digital series has garnered more than 150 million views on YouTube – the most watched basketball series in history.