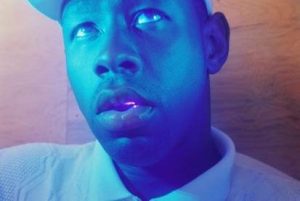 Tyler, The Creator is sharing a new video. “OKRA” is the first new music from Tyler, outside of “ZIPLOC”  (a freestyle over Jay Z’s “4:44”), since his Grammy nominated album Flower Boy was released in July. The new track is now available on digital streaming platforms. Tyler is currently set to perform at Coachella this year, with additional festival appearances at Osheaga Music and Arts Festival (Montreal), Lollapalooza, Boston Calling, Sasquatch, Primavera, and more.

Flower Boy was released to critical acclaim and debuted at #2 on both Nielsen Soundscan Canada’s Top Albums chart, and the U.S. Billboard 200 charts, making the album Tyler’s best critically and commercially successful album to date.

The new video comes on the heels of an extremely successful 6th Annual Camp Flog Gnaw Carnival, the release of Tyler’s Golf Le Fleur shoes (his second collaborative effort with Converse), and the opening of a flagship GOLF store on Fairfax Ave in LA.

Watch “OKRA” above and find Tyler’s upcoming festival dates including a performance at Osheaga Music and Arts Festival in Montreal in early August below.

What the press is saying about Flower Boy:

“Flower Boy traces a mind in transition and a body in constant motion, with confessional stories and baroque production that draw from the best of aughts-era outsider pop.” – The New Yorker 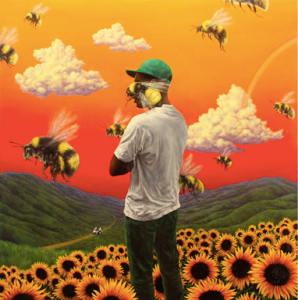