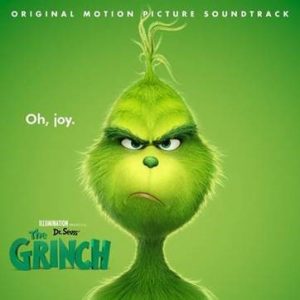 Tyler, the Creator and Academy Award®-nominated composer Danny Elfman have collaborated on a re-imagined version of the classic Grinch theme “You’re A Mean One, Mr. Grinch,” out today. The song is from the forthcoming release Dr. Seuss’ The Grinch (Original Motion Picture Soundtrack) for Illumination’s newest animated feature, which opens in theaters in the U.S. on November 9, 2018. Watch the lyric video HERE.

The Grinch (Original Motion Picture Soundtrack) will be released on November 9 via Columbia Records and will feature 13 tracks including “You’re A Mean One, Mr. Grinch” and “I Am The Grinch,” an original song written by Tyler, The Creator. In addition, an original score by Danny Elfman, known for his work on film scores such as The Nightmare Before Christmas and Coraline, will be included on the soundtrack. “You’re A Mean One, Mr. Grinch” is featured in the Official Trailer of the film, which has already garnered more than 6 million views.

The film, which is adapted from Dr. Seuss’ book by Michael LeSieur and Tommy Swerdlow, is directed by Scott Mosier and Yarrow Cheney. The film is produced by Illumination CEO Chris Meledandri and Janet Healy.

This new adaptation of the beloved book by Dr. Seuss tells the story of a cynical grump, voiced by Oscar®-nominated actor Benedict Cumberbatch, who goes on a mission to steal Christmas, only to have his heart changed by a young girl’s generous holiday spirit.  Funny, inspiring and visually stunning, The Grinch tells a universal story about the redemptive power of kindness and the true spirit of Christmas. Grammy Award® winning artist Pharrell Williams, who earned an Oscar® nomination for his original song “Happy” from Illumination’s Despicable Me 2, voices The Narrator.