“With You” (Frank Walker Remix) Out Now 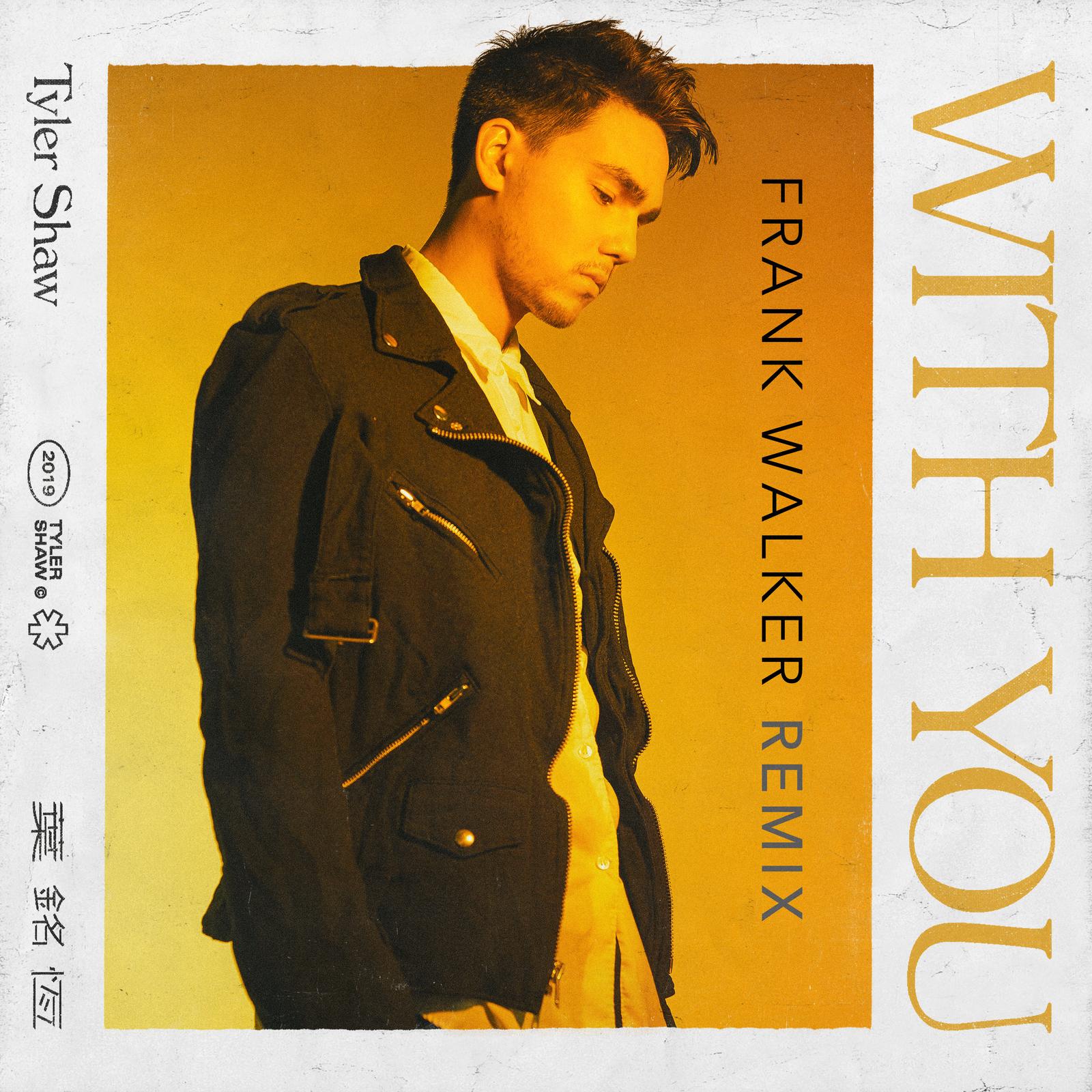 Canadian singer-songwriter Tyler Shaw today releases “With You” (Frank Walker Remix), listen HERE. The original version of “With You,” is now certified Gold by Music Canada and is a Top 10 hit at Canadian radio, charting on Mediabase as #7 at AC, #10 at Top 40, and #8 at Hot AC. The music video has amassed over 10 million views on YouTube. Watch it HERE.

Tyler received a JUNO Award nomination for ‘Pop Album of the Year’ for his sophomore album Intuition. This is the second JUNO Award nomination of his career, following his 2014 nomination for ‘Breakthrough Artist of the Year.’ Over the past few months, Shaw has travelled throughout eastern Canada on his Intuition Tour and kicked off the western Canadian leg of the tour on January 30 in British Columbia. Tyler Shaw will also perform for fans at a pop up event at the Roots store in West Edmonton Mall, this Saturday, February 2nd at 4pm (MST). See below for full tour dates and links to purchase tickets. Intuition, includes his chart topping hit “Cautious.” To listen to Intuition click here.

On Wednesday, February 6th at 11:30 PM EST, CBC Television will broadcast Shaw’s exclusive CBC First Play Live performance, where he performed music from Intuition with a live band in front of a live studio audience. To view the clips of the performance online click HERE.

Tyler Shaw is a Platinum-selling artist, producer and actor. The Chinese-Canadian released his hit song “Kiss Goodnight” in 2012, and the melodic track quickly hit Platinum sales. In 2014 Tyler earned a JUNO Award nomination for ‘Breakthrough Artist of the Year’ and in 2019 earned a JUNO Award nomination for ‘Pop Album of the Year.’ He then went on to release certified Gold tracks “House of Cards” and “Wicked,” all from his 2015 debut album Yesterday. Shaw has opened for massive international artists including Shawn Mendes and Alessia Cara, as well as toured with Selena Gomez. Tyler’s first single “Cautious,” from his sophomore album Intuition, was released in January 2018 and reached Top 10 at Canadian radio. His second single “With You” was released in July 2018 and the video quickly amassed over 10 million YouTube views in just six months and is certified Gold by Music Canada.

ABOUT FRANK WALKER:
Touted as an iHeart Radio Future Star and Billboard Rising Artist, this Toronto-native has captivated fans across the globe, owning mainstages in Europe, Asia, and North America, and releasing highly popular tracks, including a single featuring singer-songwriter Emily Warren, as well as massively successful remixes for Kesha and Nick Jonas. His latest single, “Heartbreak Back” ft. Riley Biederer is currently #18 on Canadian top 40 radio.

Backed by the industry’s best and fresh off a new record deal with Universal Music, this producer has become a mainstay on Apple Music’s A-List playlist and Spotify’s Dance Hits. Destined for big things, expect to see Frank Walker atop the charts going forward.