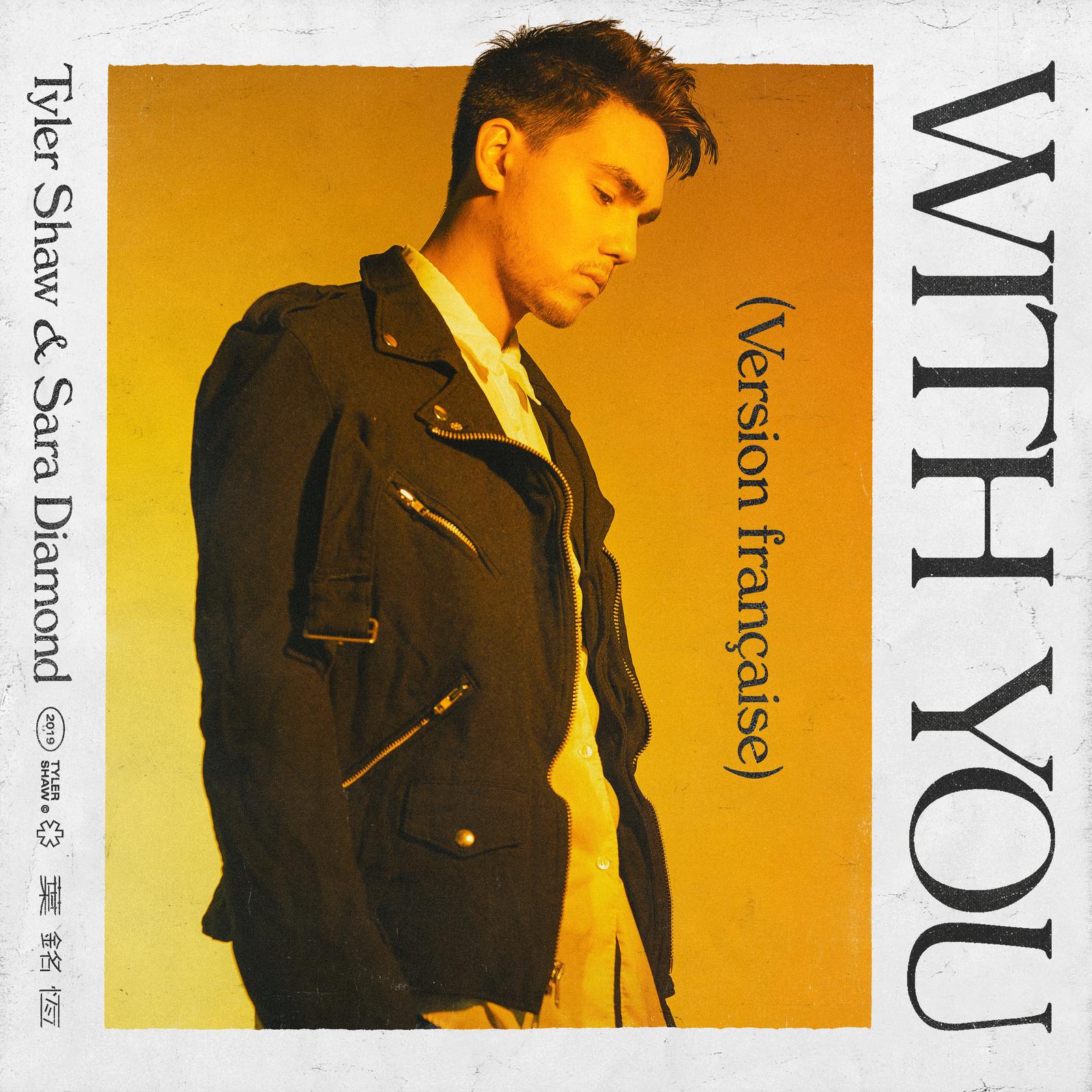 After the amazing success of Tyler Shaw’s Gold certified “With You” and “With You” [Frank Walker Remix] comes the French version of “With You” with Sara Diamond. Sara Diamond is a singer-songwriter from Montreal, QC who opened for Tyler on a series of dates during his 2019 winter tour. According to Shaw, she is “the perfect French accompaniment to ‘With You.’” Listen HERE!

“With You” has been a global success with almost 25 million combined streams worldwide (over 13 million views on the official video and over 1 million views on the “With You” wedding version). The track has been playlisted in over 9 countries, including US, Germany, Sweden, Norway, Denmark, Mexico, Australia, Spain, Indonesia and Canada, and was featured on Australian fitness influencer Kayla Itsines’s Instagram post which has over 657k likes and over 3.4 million views.

On March 24th, Gabriel Cyr and Sarah May, contestants on La Voix – the Canadian Francophone version of the hit international reality talent show, The Voice – captivated audiences with a performance of “With You.” Watch their performance HERE. Tyler will be back in Quebec to perform at this year’s Festival d’été de Québec on July 11th on the Loto-Québec Stage. This will be Tyler Shaw’s debut performance at Festival d’été de Québec, one of the largest summer music festivals in Canada, and Shaw promises to put on an enigmatic show that will entertain both his English and Francophone fans. For tickets and more information please click HERE.

In Canada, “With You” is certified Gold with Music Canada and hit Top 10 at radio, peaking at #7 at AC and #8 at CHR and Hot AC. The song found major success specifically in the Quebec market with it charting Top 20 on the Top 100 BDS Chart and coming in Top 10 on the Shazam Top 10 Songs Charts in Montreal and Quebec City for five weeks in a row. Tyler recently performed “With You” at the 2019 JUNO Awards, where his album Intuition was nominated for Pop Album of the Year. This is the second JUNO Award nomination of his career, following his 2014 nomination for ‘Breakthrough Artist of the Year.’

Tyler Shaw is a Platinum-selling artist, producer and actor. The Chinese-Canadian released his hit song “Kiss Goodnight” in 2012, and the melodic track quickly hit Platinum sales. In 2014 Tyler earned a JUNO Award nomination for ‘Breakthrough Artist of the Year’ and in 2019 earned a JUNO Award nomination for ‘Pop Album of the Year.’ He then went on to release certified Gold tracks “House of Cards” and “Wicked,” all from his 2015 debut album Yesterday. Shaw has opened for massive international artists including Shawn Mendes and Alessia Cara, as well as toured with Selena Gomez. Tyler’s first single “Cautious,” from his sophomore album Intuition, was released in January 2018 and reached Top 10 at Canadian radio. His second single “With You” was released in July 2018 and the video quickly amassed over 10 million YouTube views in just six months and is certified Gold by Music Canada.