TYLER SHAW RETURNS WITH NEW SINGLE “BE LIKE YOU” 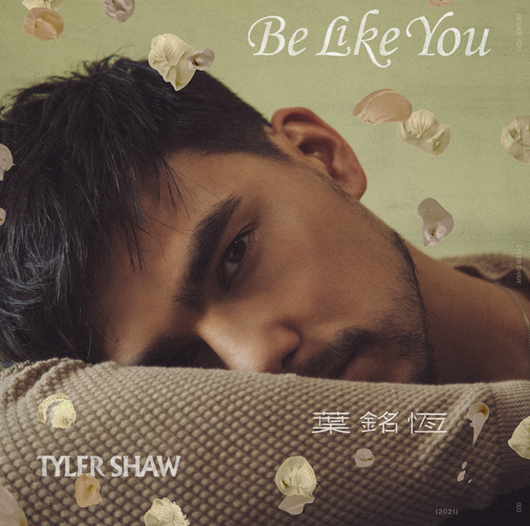 PERFORMING AS PART OF AMAZON MUSIC’S IDENTITY 2021 FOR AAPI HERITAGE MONTH, MAY 15

(Toronto, ON – May 14, 2021) Canadian Popstar Tyler Shaw follows up the release of “When You’re Home” and single “Remember,” by continuing his ascent to the upper echelons of pop on new single “Be Like You,” released globally via Sony Music Entertainment Canada today.

“Be Like You” is an up-tempo and anthemic that tells tale of an ex-lover moving on and meeting someone new. The track pulsates with a rhythmic beat as Shaw’s roaring vocals tell the tale of an ex-lover meeting someone new. Co-written and produced by Tyler Shaw himself, as well as Sam Merrifield (James TW, Lewis Capaldi, Calum Scott and Frank Walker), the song will be featured on Shaw’s upcoming third album due out this summer.

Tyler has perfected the art of capturing universal emotions within his music and “Be Like You” carries a sentiment that almost everyone can relate to. Yet again he’s tapped into our limbic systems and offers a sense of comfort to anyone that has struggled to get over a past relationship when the other person has already moved on, and your time together is nothing but a distant memory. As melancholic as the song seems, it also carries a message of hope and empowerment – subjects that have become a reoccurring theme in Tyler’s music.

Shaw explains: “Songwriting is storytelling, and for me ‘Be Like You’ is a story so many people can relate to. I wanted to write a love song that from a past tense experience, that tapped into that deep ache you get thinking back to better times together.”

This year is proving to be a pivotal one for Shaw, who kicked it off releasing his most romantic song to date – “When You’re Home”, produced by Grammy-award nominated Jon Levine (Dua Lipa, Alessia Cara, Drake), and co-written with Alex Beitzke (James Arthur), and Henry Brill (Jack Garrat). The world is taking note of Shaw’s talents with the song dubbed one of the ‘Best New Love Songs of 2021 (So Far) by Marie Claire. The track has cumulated over 3.5 million combined streams globally, plus a wealth of international playlists including Spotify’s ‘New Music Friday’ & ‘Contemporary Blend’, Apple Music’s ‘New Music Daily’ and the cover of Amazon Music’s ‘Fresh Pop’, among others.

The release of “Be Like You” coincides with Tyler’s performance for IDENTITY 2021 Presented by Amazon Music on May 15th. The virtual live stream event in celebration of AAPI Heritage Month is a fundraiser for Pacific Bridge Arts & the Gold House AAPI Community Fund. It will be streaming live on Amazon Music’s Twitch at 5pm PT / 8pm ET check out www.twitch.tv/amazonmusic to watch.