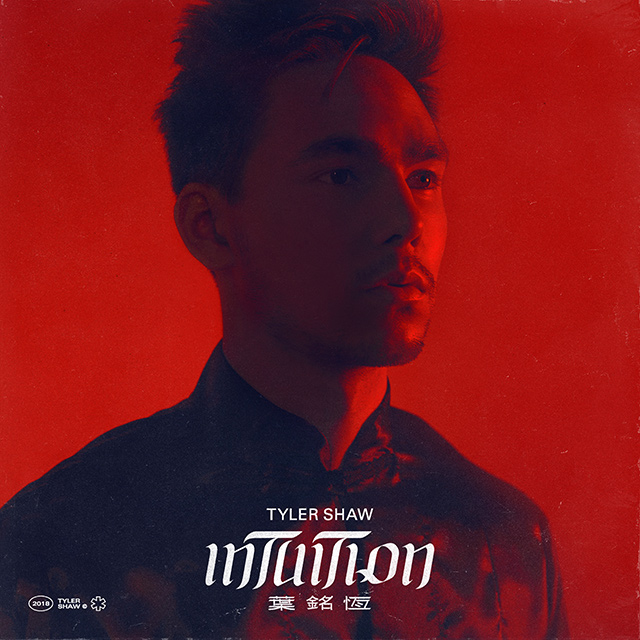 ON TOUR THIS MONTH WITH MAGIC!

(Toronto, September 28, 2018) – Today, Tyler Shaw releases his sophomore, full-length album Intuition. The album features hit single “Cautious,” which reached Top 10 at Canadian radio, and the latest single “With You,” which hit an incredible 1 million views on YouTube in the first three weeks and currently sits at 3 million. Click here to get album now.

The release of Intuition comes just one month after Tyler’s performance at the MMVA Red Carpet. Tyler is also on tour this month as special guest with MAGIC! as well as his own headlining dates. See below for full schedule.

“This album tells the story of my life over the past two years,” said Tyler. “It explores topics like love, mental health and family that have more depth than anything I’ve written before. The songs I wrote really showcase how I’ve grown both as a person, and as an artist. I’m excited for the fans to hear the album and hopefully connect with it as much as I have.”

Hard at work for two years, Tyler wrote every track and co-produced most of the songs on the new album. Returning to the album is Tyler’s long-time collaborator and producer Alex “Pilz” Vujic. Tyler also teamed up with some notable songwriters for some tracks as well, including Neil Ormandy (James Arthur, Kodaline) on “With You” and Jenna Andrews (Drake, Dua Lipa, Tori Kelly) on “Wanted.” The album also includes features from Toronto’s Amaal Nuux.

Tyler Shaw is a platinum-selling artist, producer and actor. The Chinese-Canadian released his hit song “Kiss Goodnight” in 2012, and the melodic track quickly hit platinum sales. In 2014 Tyler earned a JUNO Award nomination for ‘Breakthrough Artist of the Year.’ He then went on to release certified gold tracks “House of Cards” and “Wicked,” all from his 2015 debut album Yesterday. Shaw has opened for massive international artists including Shawn Mendes and Alessia Cara, as well as toured with Selena Gomez. The multi-talented artist recently exercised his acting skills as the lead role in the feature film The Meaning of Life, released in summer of 2017. Tyler’s first single “Cautious,” from his sophomore album Intuition, was released in January 2018 and reached Top 10 at Canadian radio. His second single “With You” was released in July 2018 and the video quickly amassed over a million YouTube views in just three short weeks.

*On tour with MAGIC!