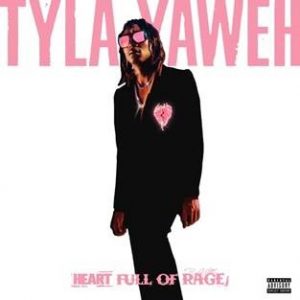 Get it HERE via London Entertainment/Epic Records.

A fiery fusion of R&B, hip-hop, and pop by way of rockstar-level attitude and style, the ten-track collection highlights his instantly recognizable voice and slick and sticky hooks. It jumps from the immediately irresistible “Salute” [feat. French Montana] to the smoked-out first single “Who Shot Johnny?” Meanwhile, his voice takes flight on the airy “Wraith Skating” [feat. PnB Rock] before the tense closer “Ain’t What They Seem.”

Right now, Tyla is supporting global superstar Post Malone across Europe for the next month before returning stateside for a series of festival performances, including Bonnaroo, Firefly, and Lollapalooza, to name a few. The remaining dates can be found below.

A new kind of rockstar, Tyla Yaweh defies everything, even genre. He seamlessly merges R&B, hip-hop, and pop without apology. As a result, he quietly became a phenomenon. Beyond racking up over 22 million cumulative streams, the Orlando-born and Los Angeles-based disruptor has performed alongside everyone from Post Malone to Saint JHN and collaborated with the likes of Ski Mask The Slump God, Juice WRLD, and more. Not to mention, he received acclaim from Complex, HotNewHipHop, and more. Breaking rules and boundaries all at once, he’s primed to explode in 2019 with his first project for Epic Records, the aptly titled Heart Full Of Rage.