TYLA YAWEH SETS THE TONE FOR 2021 WITH NEW SINGLE “ALL THE SMOKE” FT. GUNNA AND WIZ KHALIFA

TYLA YAWEH SETS THE TONE FOR 2021 WITH NEW SINGLE “ALL THE SMOKE” FT. GUNNA AND WIZ KHALIFA 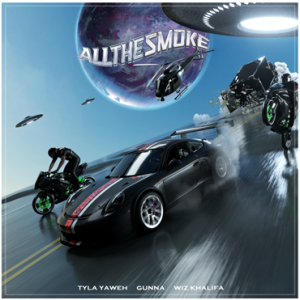 (Los Angeles, CA – December 18, 2020) Today, Tyla Yaweh fires a proverbial warning shot into 2021 with the release of his new single, “All The Smoke.” Produced by Hitmaka, the song features Gunna and Wiz Khalifa. Get “All The Smoke” HERE via London Entertainment/Epic Records.

Tyla Yaweh has spent the last two years on a steady rise, and momentum is certainly working in his favor. “All The Smoke” oozes with the realization of this potential. As he kicks off the record and handles hook duties with his well-polished flow and sprightly cadence, Tyla not only sounds very much like he belongs—he sounds comfortable. The result of this dynamic is audible. “All The Smoke” is easily his most anthem-ready release to-date. Look out for the official music video, coming soon.

The new single sets the stage for his anticipated album RAGER BØY, arriving early next year.

It should come as no surprise that the Orlando, FL-bred, LA-based artist is ready for his close-up. Despite the challenges of 2020, this past year was easily his most productive and successful year yet. He achieved his first Billboard Hot 100 hit with the Post Malone-featuring “Tommy Lee,” which has generated over 148 million streams to-date. His second single of the year, “Stuntin’ On You” featuring a scorching DaBaby, immediately followed and has generated over 66 million streams of its own thus far. Both tracks received special remixes, with SAINt JHN (stream HERE) and Tommy Lee (watch HERE) himself remixing “Tommy Lee,” and most recently DDG and Dame D.O.L.L.A. joining Tyla on a new version of “Stuntin’ On You” (watch HERE). In addition, 2020 saw Tyla receive his first two Gold records in Canada, for “Tommy Lee” as well as his 2019 break-out “High Right Now,” taken from his debut project Heart Full Of Rage. Plus, he recently crossed half a billion career streams and made his television debut, performing “Tommy Lee” with Post Malone on the Billboard Music Awards (watch HERE).

In addition to his recent streaming prowess, “Stuntin’ On You” is to be featured within FOX Sports’ live sports franchises world-wide for all 2020-2021 seasons, while “Tommy Lee” appears on the latest edition of the wildly popular NBA 2K video game franchise.

Tyla Yaweh has been a major artist to watch this year, and as 2021 draws near, he stands to reap the benefits of his meticulous growth. As Billboard notes, “Tyla Yaweh is undoubtedly on the precipice of stardom.”

“All The Smoke” is proof. 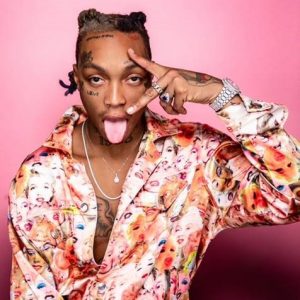