TUNE IN TONIGHT! KANE BROWN TO APPEAR ON ABC’S NIGHTLINE FOLLOWING HIS DEBUT ON CMA AWARDS 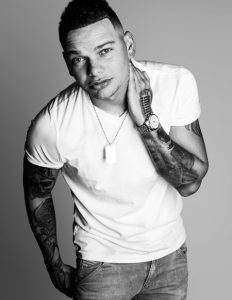 Nashville, TN – Tune in tonight for an ABC Nightline exclusive interview with breakout country star Kane Brown at approximately 11:37 am Central Time, just a few hours after Brown will make his debut on the CMA Awards as he performs “Heaven South” with Brad Paisley.

The 24-year-old singer/songwriter recently made history as the only artist to ever top all 5 Billboard country charts simultaneously.

In December of 2016, Brown’s self-titled debut album went on to debut #1 on the Billboard Top Country Albums chart and solidified him as the best-selling new county artist of the past three years.

With the release of his debut album’s Deluxe Edition, Kane Brown revisited the #1 slot on the country album chart and debuted Top 5 on the Billboard 200.