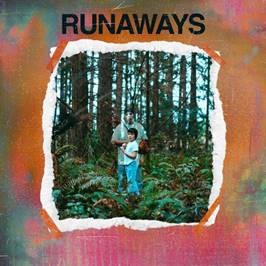 Get it HERE via AMBAUM/Epic Records.

In tandem with the project’s arrival, he shared the music video for “SAFE.” Watch it HERE! The cinematic clip hinges on a 360-degree shot of a suburban home in transition as its denizens face life’s trials and tribulations in raw, real, and relatable fashion. Airy synths and sparse production bristle against hypnotic admissions such as “I’m under too much pressure.” It all culminates on the hummable hook, “There’s a place in my head where I’m safe in my head.”

“SAFE” represents just one facet of the EP.

Hailing from the suburbs of Burien, WA, buzzing rapper Travis Thompson threads together emotionally charged and evocative stories with each and every rhyme. He blasted onto the mainstream radar during 2017 after earning the endorsement of fellow Pacific Northwest titan Macklemore who invited him to open up a sold-out North American tour and duet on a seminal performance during The Tonight Show Starring Jimmy Fallon. Capitalizing on this momentum, he rolled tape on his 13-track independent full-length YOUGOOD? and accompanying feature-length film. Appropriately, it premiered at a sold-out movie theater in his hometown. Along the way, “Need You” eclipsed 5 million Spotify streams with numerous other songs crossing the one-million mark. 2019 sees him positioned for stardom with a new deal for Epic Records and RUNAWAYS EP.