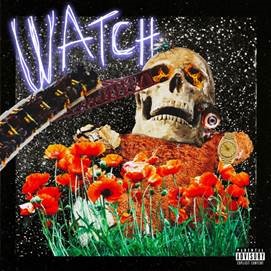 After months of anticipation, Travis Scott released a brand-new song entitled “Watch” [feat. Kanye West & Lil Uzi Vert], uniting three of the culture’s most distinct and dynamic voices. Upon arrival, it immediately trended worldwide and seized #1 on iTunes Top Hip-Hop/Rap Songs Chart in the U.S. Currently the track sits at #2 in Canada.

Right now, he’s locked himself in the studio to complete his third full-length and the most anticipated sonic blockbuster of 2018, Astroworld. Given the excitement, he stands primed to carry audiences to a new universe altogether when it drops imminently.

Next weekend, he headlines a powerhouse bill at Rolling Loud in Miami May 11-13. Known all throughout the galaxy for his seismic shows, expect him to make history again at the year’s hottest festival.

The multiplatinum Missouri City, Texas-born and Los Angeles-based 21st century iconoclast and trendsetter once again sends shockwaves through the entire game. Over an eerie sample and off-kilter carnival-esque production from Pi’erre Bourne, Lil Uzi Vert kicks off the song with an ironclad flow before Travis ignites an impenetrable and inimitable verse of his own punctuated by his signature ad-libs and menacing melodies. West pops in with his own show-stopping cameo, serving up some of his most thought-provoking bars in years. Everything finally climaxes on the hypnotic and hard-hitting chorus.

It’s like the entire Earth shifted on its axis when Travis Scott first landed. Not only did the Missouri City, Texas-born and Los Angeles-based artist, producer, songwriter, designer, style icon, and Catcus Jack Records founder forever change hip-hop, but he indelibly and irrevocably impacted the culture. His second platinum opus Birds In The Trap Sing McKnight crashed the Billboard Top 200 in the U.S. and in Canada hit the Top Hip-Hop/Rap Albums Chart at #2 in 2016. “Goosebumps” [feat. Kendrick Lamar] earned triple-platinum status in Canada, and the Young Thug collaboration “Pick Up The Phone” [feat. Quavo] went double-platinum, “Beibs in the Trap” [feat. Nav] soared to platinum, and “Through the Late Night” [feat. Kid Cudi] became gold. Penning and featuring on various cuts for Kanye Yest’s Cruel Summer and Yeezus, Travis first left his mark with 2014’s seminal Owl Pharaoh and Days Before Rodeo mixtapes. He instigated a movement online—a precursor to the “Soundcloud Rap” phenomenon. Powered by the double-platinum “Antidote” and gold “3500” [feat. Future & 2 Chainz], the 2015 Rodeo garnered a platinum plaque and stormed the Top 200 at #3 U.S., while notching his first #1 on the Top Hip-Hop/Rap Albums Chart. Everything set the stage for Astroworld. He preceded it with the platinum “Butterfly Effect” and promises of “the best music of my career.”