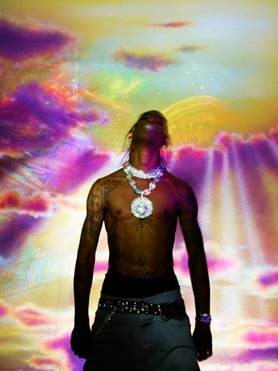 (August 13, 2018) – Travis Scott makes history with his critically-acclaimed blockbuster third full-length album, ASTROWORLD. Not only did it bow at #1 on the U.S. Billboard Top 200 as the second highest debut of 2018, but it also hit #1 on the Top Albums Chart in Canada as well as shattered the first-week streaming record for Sony Music to date, granting the company its biggest ever first-week streaming total with 349.43 million worldwide. Additionally, it stands out as the best Epic Records debut since 1999 with total sales of 537,000. Of that total, 270,000 were driven by traditional album sales — the biggest sales week of 2018. Internationally, ASTROWORLD hit #1 in 7 markets: Australia, New Zealand, Sweden, Norway, Italy, Belgium; Top 3 in UK, France, Netherlands, Switzerland, Finland, Ireland. #4 in Germany! Additionally, #1 on iTunes in 65 markets, Top 5 in 89 markets, Top 10 in 92 markets and on Spotify all 17 album tracks are in the Global Top 50. Get it HERE via Cactus Jack Records and Epic Records.

ASTROWORLD isn’t just an album; it’s a cultural event on par with the wild and adventurous theme park of its namesake. To celebrate its arrival, Travis shut down Six Flags in Southern California to host an elaborate listening party, repeating the practice across the country in Chicago and Houston. This groundswell just ignited the rollercoaster that the artist has set in motion for a historic 2018.

Giving fans the ultimate experience, the inaugural Astroworld Festival will take place in his hometown of Houston, Texas on Saturday, November 17 at NRG Park.  Headlined by Travis Scott, stay tuned for the full music lineup and be the first to get tickets HERE.

Beyond the overwhelming fan response, Pitchfork lauded the lead-off track “Stargazing” among its coveted “Best New Music Feature.” In an extensive review, the outlet wrote, “Travis Scott’s third album is inarguably his strongest to date. His skill as a curator helps sculpt a sticky, humid, psychedelic world with dazzling production and odd pleasures at every turn.” In a glowing review, Rolling Stone claimed, “The Houston rapper opens up about his relationship, gathers influences from across the hip-hop world and comes through with the best music of his career.” Entertainment Weekly wrote, “Astroworld maximizes Scott’s strengths.”

Additionally, as part of a sold out merch drop campaign, Travis teamed up with creative visionary and longtime collaborator Virgil Abloh for the exclusive 1-day only limited edition “By A Thread” launch, which literally takes his Rodeo action figure cover star to ASTROWORLD. Get additional merch at SHOP.TRAVISSCOTT while supplies last.

The multiplatinum Missouri City, Texas-born and Los Angeles-based 21st century iconoclast and trendsetter preceded the release with a sensory onslaught of activations across the country and online. He made the decision to adorn iconic locales with a gold inflatable replica of his head—notably found on the cover artwork shot by renowned photographer David LaChapelle as the carnival-style entrance to ASTROWORLD. Travis “Heads” popped up at Screwed Up Records in his hometown of Houston, Minute Maid Park where The Astro’s play and just a stone’s throw from the site of the original Six Flags Astroworld park he frequented as a child, the BAPE Store in New York City, Times Square, Magic City in Atlanta, and Amoeba Records in Los Angeles, sailed down the River Thames in London past the London Eye & London Bridge, at the foot of the Eiffel Tower in Paris and in front of the Opera House in Sydney Australia!

The ride has just begun. There’s no place like ASTROWORLD. Enjoy the ride. 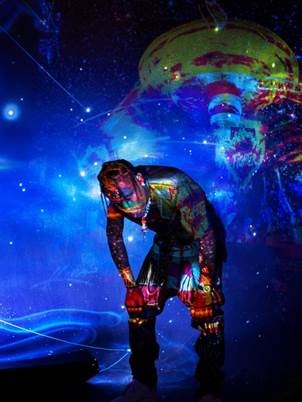 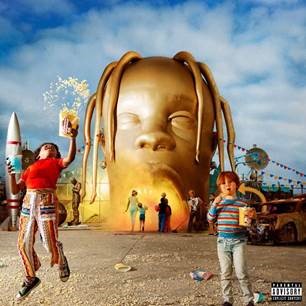 It’s like the entire Earth shifted on its axis when Travis Scott first landed. Not only did the Missouri City, Texas-born and Los Angeles-based artist, producer, songwriter, designer, style icon, and Catcus Jack Records founder forever change hip-hop, but he indelibly and irrevocably impacted the culture. His second platinum opus Birds In The Trap Sing McKnight crashed the Billboard Top 200 in the U.S. and in Canada hit the Top Hip-Hop/Rap Albums Chart at #2 in 2016. “Goosebumps” [feat. Kendrick Lamar] earned quadruple-platinum status in Canada, and the Young Thug collaboration “Pick Up The Phone” [feat. Quavo] went double-platinum, “Beibs in the Trap” [feat. Nav] soared to double-platinum, and “Through the Late Night” [feat. Kid Cudi] became gold. Penning and featuring on various cuts for Kanye Yest’s Cruel Summer and Yeezus, Travis first left his mark with 2014’s seminal Owl Pharaoh and Days Before Rodeo mixtapes. He instigated a movement online—a precursor to the “Soundcloud Rap” phenomenon. Powered by the double-platinum “Antidote” and “3500” [feat. Future & 2 Chainz], the 2015 Rodeo garnered a platinum plaque and stormed the Top 200 at #3 U.S., while notching his first #1 on the Top Hip-Hop/Rap Albums Chart. Everything set the stage for Astroworld. He preceded it with the platinum “Butterfly Effect” and promises of “the best music of my career.”