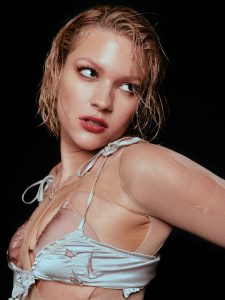 TORONTO, ON – May 6, 2022 – Ahead of her new album release, HARD, on June 3, Tove Styrke has released her passionate lead single, YouYouYou, alongside a new video.

New track YouYouYou is an instant pop song with romantic lyrics backed by retro-tinged 80s-esque synths that bring an overall drama to the song. Tove says: “It’s the sunrise and the sunset. It’s the drama, the romance, the big bang of the album. To me it’s an instant classic and it got all the elements that I love in a big pop song. I love the analog vibes, it almost sounds like the music on a VHS tape that you’ve recorded on over and over.”

The impassioned video was shot entirely on film, which echoes the analog sound of the track, and was directed by Cornelia Wahlberg. Tove says: “I knew right away that the video was gonna have to be a dramatic portrayal of passion. I wanted to interact with people that kept changing throughout the song. I wanted it to be steamy, sexual and I also wanted to incorporate dance and use the body and movement as an expression as much as the music. We shot the whole thing on film, only using analog tricks for the effects. I think that approach fits the sound perfectly.”

Tove recently announced the release of her fourth album HARD on June 3. She says: “I’m releasing my fourth album – HARD. I can’t wait to show you this music, I think it’s the best project to date that I’ve created both as a singer, songwriter and artist.”

“Life, feelings, bodies. Everything’s hard. This album is about the pleasure and the pain, the euphoria and the misery, the love stories and the heart breaks. The contrasts. And it’s about the liberation in being a free, flawed and beautiful human.”

Tove will continue to support MARINA on her upcoming already sold-out European tour in May. Full tour dates are below:

About Tove Styrke:
A platinum-selling, GRAMMY-nominated, and national radio P3 Guld ‘Pop Artist of the Year’ recipient in her native Sweden, Tove Styrke has been on a meteoric rise since the release of her 2015 album, Kiddo, led by singles Borderline, Ego, and Number One. Since then, Tove has embarked on multiple headline tours, made SXSW appearances, performed on Late Night with Seth Meyers, and has received vocal support from artist peers such as Sam Smith, Tove Lo, and Shawn Mendes. She has also released several collaborations including Cheat Codes & Travis Baker (All Things $ Can Do), ALMA (Good Vibes), NOTD (Been There Done That), Clean Bandit (Last Goodbye), and Lost Kings (Stuck).

Tove Styrke’s 2018 album, Sway, a project which solidified her place among the top rising forward-thinking pop artists. The album was bolstered by iconic tracks such as Sway, Mistakes and fan-favourite, Say My Name, which Rolling Stone named to its #11 spot on its ‘Top Songs of 2017’ list. The album has since garnered 120M+ combined streams, drawing widespread critical praise from outlets including Pitchfork (7.5 review), The FADER (Gen F), NME (5 stars), as well as support from Zane Lowe/Apple Music and BBC Radio 1. The album also launched a run of 7 tours, including support for Lorde and Katy Perry and sold-out headline tours in North America, UK, Australia and Scandinavia. 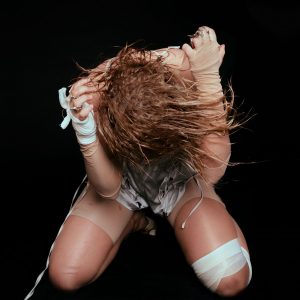