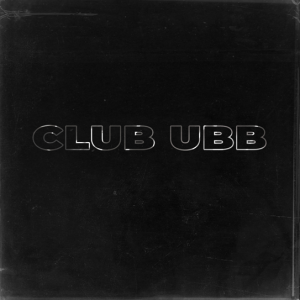 [Toronto, ON – November 20, 2020] Toronto’s UPTOWN BOYBAND release their highly anticipated debut full-length project CLUB UBB today. CLUB UBB is the trios nod to K-POP featuring a genre-bending sound that explores the complexities of their influences while highlighting their musical versatility: a HEARTTHROB side for those with pop-leaning palates, and a HEARTBREAK side featuring songs with a hard-boiled exterior. CLUB UBB is available for streaming on all digital platforms now.

On CLUB UBB, the group steps into their own as Canada’s first alternative K-POP group – utilizing a dynamic combination of Pop, Hip-Hop and R&B elements to create a cohesive sound that is unmistakably UBB. The vocals seamlessly groove over the beat while Justin Trash, Joe Rascal and Roc Lee masterfully intermix their native Korean language in the lyrics. Never-before-heard tracks like “I GO (아이고)” and the title track “CLUB UBB” take listeners on a rhythmic journey through the Toronto underground to the streets of Seoul.

Reflecting on the group’s musical aspirations, band member Justin Trash affirms, “We want to show the world what life is like seen through the lens of Asian-Canadians. We want to show a freer version of what K-POP can be.” He goes on to say, “With K-POP being an industry that is taking the world by storm, we want to build that bridge between language, culture and music … You don’t need to follow norms to make music and follow your dreams.”

UPTOWN BOYBAND is Korean-Canadian trio based in Toronto, Ontario, comprised of Justin Trash, Joe Rascal, and Roc Lee. Their musical style and artistic vision are co-inspired by their communal love for K-POP and their Korean roots, as well as their North American upbringing and adoration of Western pop music. Together the trio is forging their own path; combining contrasting elements into a cohesive alternative K-POP sound that is distinctively UBB.

With that specifically Torontonian formula of multicultural synthesis and punkish ambition, UPTOWN BOYBAND is stepping up to be the face of Toronto’s next wave. 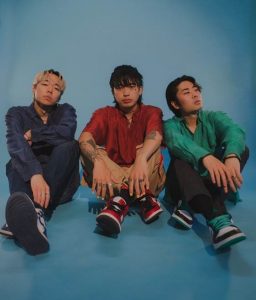