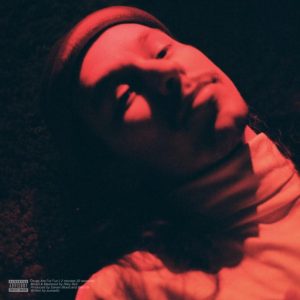 Toronto-based singer, songwriter and producer, sunsetto, releases his new single, “drugs are for fun” today via Sunset to Sound Inc. Produced by Danes Blood (Rico Nasty, Leyla Blue) and BEN10K (G-Eazy, DaBaby), and written by sunsetto, “drugs are for fun” is an up-tempo and melodic track carried by the strength of sunsetto’s shimmering vocals.

sunsetto elaborates on the new single: “I wrote the song in LA last November about coping mechanisms that formed from seemingly harmless fun with partying but that led to some important conversations and changes in my life. The song is disguised as an upbeat catchy pop anthem but, at its core, is a sobering conversation between two people. Nobody is perfect, and we’re not all lucky enough to have someone in our life that cares enough to tell us we need to make a change.”

The accompanying video was shot in Nova Scotia, Canada. With his beautiful childhood landscape as a backdrop, sunsetto uses his own reflection to find comfort. Watch it here.

“drugs are for fun” is out on all streaming platforms. Listen here.

sunsetto (aka Kyle Mischiek) is a Toronto-based singer, songwriter and producer. Skating past genre lines and assembling a nocturnal mosaic of R&B, alternative and pop, his evocative vocals dip in and out of hazy loops, stoned D.I.Y. beats, and flourishes of cinematic production beamed out of his personal studio yet meant for mass transmission.

Growing up in Cape Breton Island on Nova Scotia, sunsetto split his time between music and skateboarding. By doing so, he cultivated a community through both. After trying (and quitting) guitar and piano lessons, he started to make beats and rap in high school in addition to spending countless hours skating. Honing his pen, he attended a songwriting camp hosted by GRAMMY® Award-winning and JUNO Award-winning songwriter Gordie Sampson (Carrie Underwood, Keith Urban) six times.

During 2020, he shared a snippet of his single, “don’t leave,” on Instagram and organically amassed hundreds of thousands of streams. He followed up the initial viral buzz with two more singles, “good connection” and “downtown,” and is continuing to roll out a series of new tracks as he heads towards his forthcoming debut EP.