Toronto, ON (June 11, 2021) – Sony Masterworks will release Reflect, the debut studio album from Tony, Emmy, Grammy and Pulitzer Prize Award-winning composer Tom Kitt on August 13. Available for preorder now, the album features music from Kitt and lyrics from some of his most talented friends that began at the height of the Broadway shutdown, when so many artists were looking for an outlet for their creativity. Making its debut alongside today’s preorder is the album’s lead single “Breathe,” co-written with and performed by Kitt’s Jagged Little Pill collaborator, Tony Award nominee Elizabeth Stanley – listen here.

Reflect features songs co-written and performed by some of Broadway’s biggest stars, including Adrienne Warren, Mandy Gonzalez, Michael McElroy, Jenn Colella, Danny Burstein, Javier Muňoz, Lauren Patten, Jerry Dixon, Elizabeth Stanley, Heidi Blickenstaff, Brian d’Arcy James and Pearl Sun along with Kitt’s own children Julia and Michael Kitt. An album about finding your voice when you need it most, Reflect is a true collaboration that captures the hope and heartbreak of the tumultuous times we’re living through.

“During the early weeks of the pandemic, I was in a very dark place and found myself creatively paralyzed” said Kitt. “But given all of the important issues and the calls for social justice, I felt like I needed to find my resilience to create. I wanted to make a song cycle for this moment but felt it needed to be a collaborative effort so that many voices and experiences were represented. I called a few of my friends to ask if they’d be interested in writing with me, and the response was overwhelming.”

Prompted by Kitt, the artists wrote a version of an essay, poem, lyrics, or statement conveying personal emotions and experiences during this time. Tom sat at the piano to transform the language from these personal statements into the music and lyrics, and went on to share the songs with a group of extraordinary  orchestrators, with the goal of working with as many members of the theater community as possible. “It was just like a Broadway show,” he said. “I channeled my creativity into something current. I think everyone felt the same thing – a real jolt to feel like we were working together again, even if it was over ZOOM in many cases.”

The album also includes a track called “She Has Hope,” performed by Brian d’Arcy James and written by Moulin Rouge Tony Award nominee Danny Burstein and his wife Rebecca Luker, who passed away from ALS in December 2020.

For more information on “Reflect” or to pre-order, visit http://tomkitt.lnk.to/reflectPR.

Tom Kitt. As a composer, arranger, orchestrator, and music supervisor, Tom Kitt’s spirit courses through film, television, theater, music, and beyond. He has quietly emerged as one of this century’s most prolific composers. He garnered the 2010 Pulitzer Prize for Drama and two Tony® Awards for Next To Normal and won a 2021 Grammy Award for his work on the Broadway Cast Recording of Jagged Little Pill. His body of work as a composer spans everything from Almost Famous [written with Cameron Crowe] and High Fidelity to Dave and If/Then for which he picked up a Tony® nomination. While as a music supervisor, arranger, and orchestrator, his influence resounds in The SpongeBob Musical, Grease Live!, Jagged Little Pill and Green Day’s American Idiot. Collaborating with the legendary rock band, he also contributed additional arrangements to their GRAMMY® Award-winning album 21st Century Breakdown and their trilogy, ¡Uno! ¡Dos! ¡Tré! Tom notably took home an Emmy Award as co-writer (with Lin-Manuel Miranda) for the 2013 Tony® Awards opening number, “Bigger.” Television songwriting credits include the 2019 Tony® Awards Opening Number, “Live!,” Royal Pains, Penny Dreadful, and Sesame Street. Other credits range from the Pitch Perfect franchise, 2Cellos featuring Lang Lang (Live and Let Die), and The Kennedy Center Honors to 13, Hair, and These Paper Bullets. Next up for Tom, The Visitor launches at Public Theater, and his show Flying Over Sunset opens at Lincoln Center. 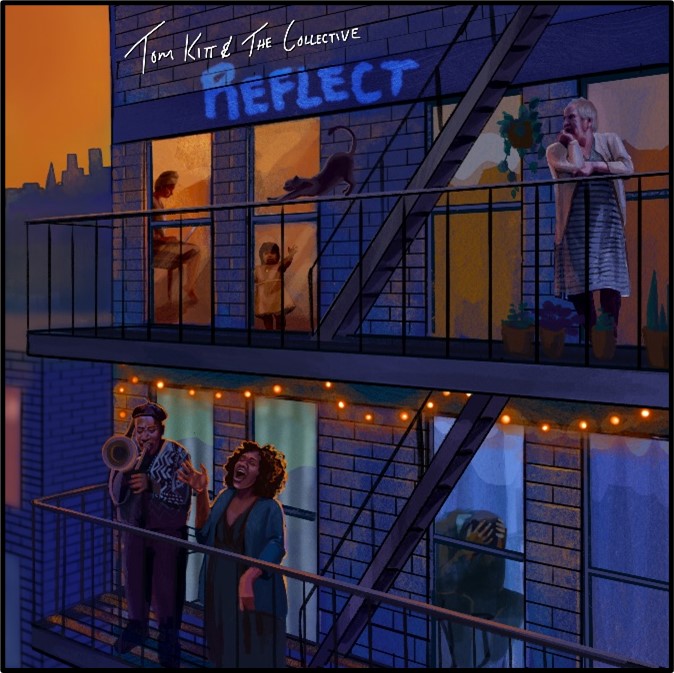