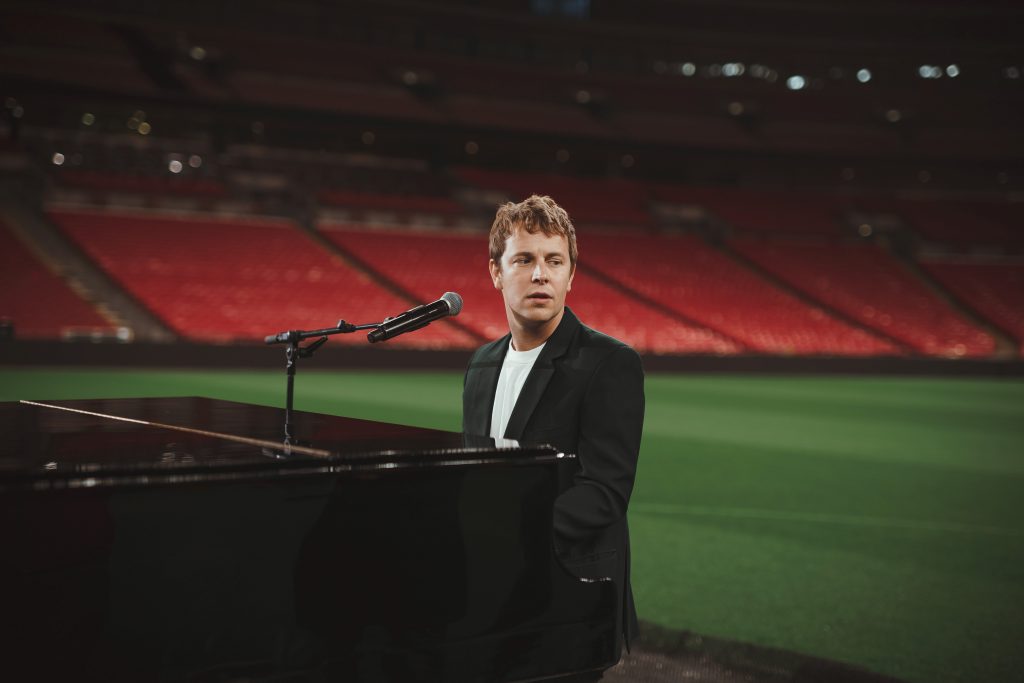 After a dark period of mental health stalked most of his 2018 and 19, Tom Odell wrote his way through it, eventually letting down his guard and pouring his feelings into new music that will form his fourth album, monsters, (due to be released July 9). The next single to be taken from the new album is lose you again, a fragile, heart-breaking piano ballad balanced subtly within a contemporary production. The song pores over a fractured relationship and rails at the stoicism that bleeds out of men being afraid to show their feelings. In the official video Tom does an emotional performance set within the confines of an empty Wembley Stadium…a powerful metaphor for the song and our times. Tom says, “It was an absolute dream to shoot a music video at Wembley. When we asked, I was not expecting them to say yes. but they did!”.  Watch here.

Tom Odell has been working as a musician in the public eye since he was 21 when self-penned debut album, Long Way Down, earned him a number 1 album. He has since enjoyed over 2.6 billion streams, three UK top 5 albums including two UK top 10 singles, a 2013 Brit Award for Critic’s Choice and being awarded the prestigious Ivor Novello award for Songwriter of the Year. Now, 30, it’s clear to Odell that the whirlwind around his debut kickstarted a work ethic that eventually became an obsession. It reached an apex in September 2019 when Odell, fresh off touring Jubilee Road, went straight to LA to start writing the next album. “Then this chronic anxiety that I’d had for a couple of years just got worse.” Odell woke up one morning “and I couldn’t do anymore music”. He knew something had to change.  In the end he flew back home, went straight to his parent’s house and slowly got better.

Slowly but surely, Odell alchemised that experience into a new album (monsters released July 9).  He also realized his broader lyrical horizons needed to be matched by a musical expansion, with a lot of the songs on the album – created alongside songwriter, Laurie Blundell, and producer, Miles James – leaning into a more electronic, bedroom pop sound that Odell has steadily become obsessed with over the last few years. This new found love of DIY electronic pop chimed with the pandemic’s arrival and songs were crafted in a more threadbare way around instruments he had at hand, like Moog synths. It was a move underpinned by both necessity and a desire to explore.  And while his new music is at times heavy, there’s a lightness of touch that means Odell is able to pull off pop’s greatest trick; hiding sadness in the melodies. In this strangest of times this new music represents the start of chapter two in Odell’s ongoing musical journey.

As a testament to his enduring popularity, Tom Odell was invited to perform on BBC1 Graham Norton TV show (watch here)…whilst more recently he appeared on the James Corden Late Late Show (watch here) with another intimate performance.  At the same time Odell’s fan base continues to grow exponentially with his new sound and direction. He has gained over 4 million new monthly listeners since the start of the year, with ⅔ of his audience under 25. Despite joining TikTok relatively recently, his heavily engaged videos have been viewed over 15 million times and his first ever single Another Love has had a resurgence in popularity amongst a new generation, becoming a viral hit and entering the UK official singles charts again!

Tom Odell recently announced a short run of intimate solo live dates at The Jazz Cafe on June 20, 21, and 22, which sold out instantly on general release. In addition to these shows Tom Odell also has live dates on sale for his UK 2022 the monsters tour. Tickets are available via www.gigsandtours.com, www.ticketmaster.co.uk and www.axs.com.