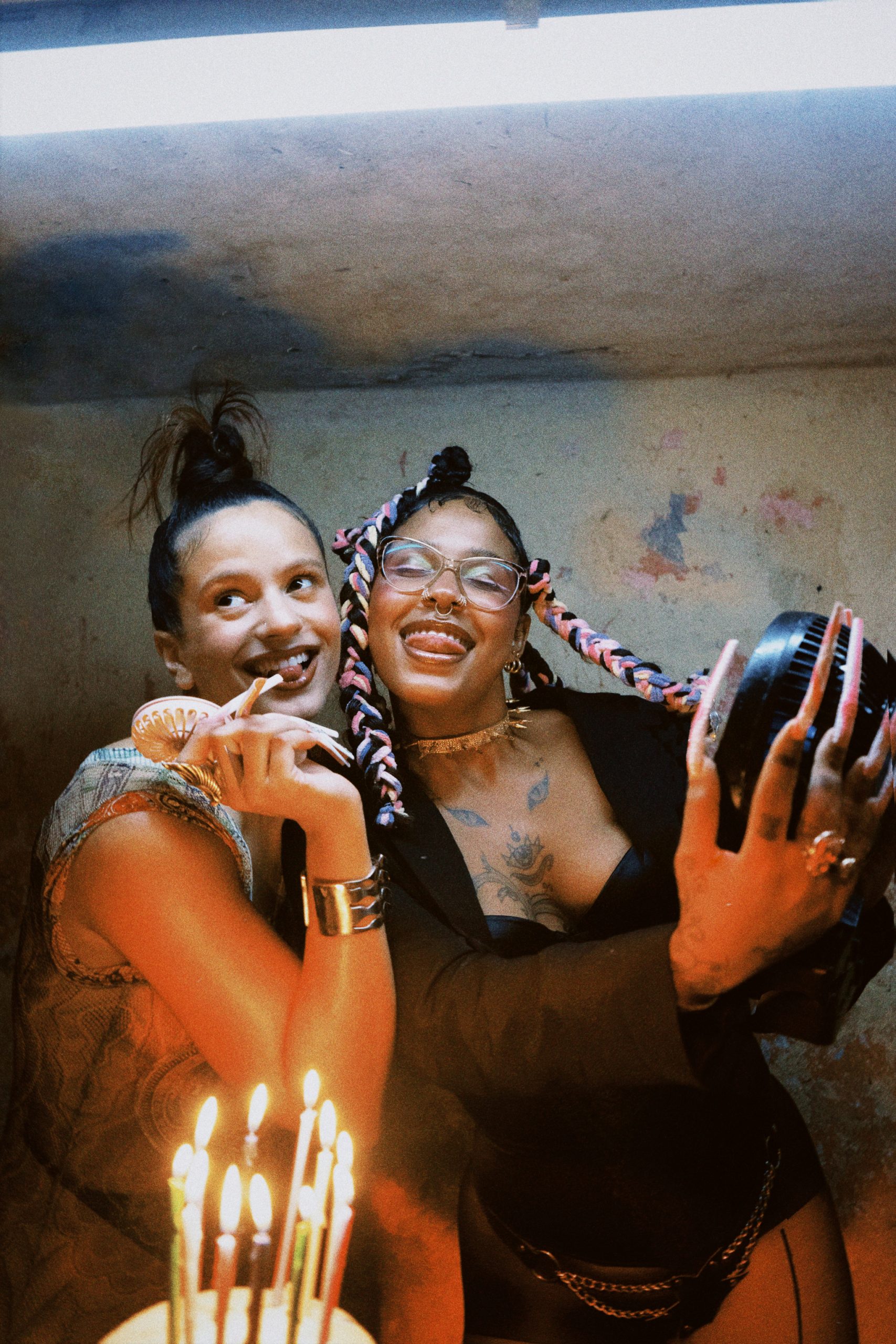 MIAMI (September 1, 2021) – Three years into her career, TOKISCHA is arguably one of the most controversial artists in the music scene. Her versatility has led her to explore genres such as rap, trap, dancehall and dembow.

She immediately grabs our attention with her distinctive music and vocal tone, which have captured the attention and support of prominent artists like Anuel AA, Bad Bunny and Ozuna.

She once again takes the industry by storm, this time with her new single “Linda,” a collaboration with ROSALÍA, who is considered one of the most eclectic artists in the world.

Speaking about on this collaboration, TOKISCHA notes: “She is a great inspiration to me. Rosalía is a very disciplined, hard-working and lovely person. She is like an angel. I am very grateful for this opportunity to learn and grow.”

Meanwhile, ROSALÍA also surprises us by adding a Dominican dembow track to her sonic repertoire.

As an artist who constantly breaks barriers for Spanish-speaking women creators, ROSALÍA has been described as a “complicated genius who resonated like a shockwave that’s reflecting femininity and strength…a leader of a new generation that has made flamenco a global phenomenon, while becoming the most exciting pop star on Earth.”

“Toki is a strong and indispensable woman, who doesn’t conform to any molds, but represents all women because of her dedication to freedom. I admire her because she is unapologetically herself and doesn’t try to be a role model. This song came together in Los Guandules, where I was inspired by and felt the affection of its generous people who are filled with creativity. Viva dembow and viva la República Dominicana!” expressed ROSALÍA.

Recently, ROSALÍA posted on her social-media channels, “The women of the Dominican Republic are the ones with the best wordplay, for real,” and the Dominican artist TOKISCHA now joins ROSALÍA on her first foray into this style.

As ROSALÍA put it during a recent interview in the Dominican Republic: “Tokischa is an irreverent woman, a woman who speaks frankly and isn’t afraid to make people uncomfortable. Tokischa is a woman who is going to make a big impact just based on the message that she gives and what she represents. She is a woman who causes discomfort, and it seems like women tend to do that when they are not sufficiently ‘proper.’ At the end of the day, women are always expected to act a certain way, but I believe it’s necessary that women be the way they want to.” 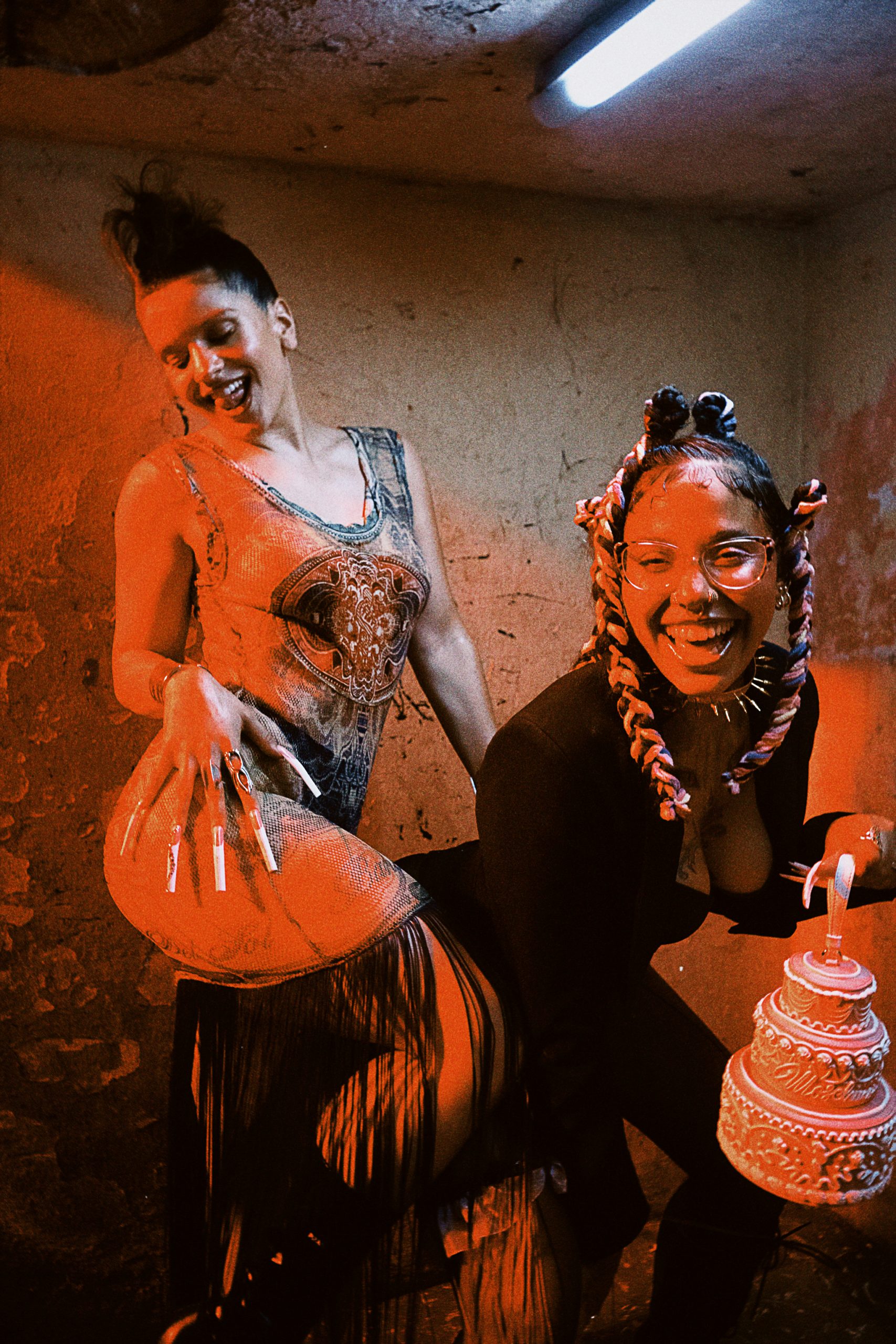 This song is written by TOKISCHA, ROSALÍA, Leo RD and Raimy, with production by Leo RD and ROSALÍA. The music video for “Linda” was filmed in the Dominican Republic by the director Raimy. Both the single and the video are available now on all digital streaming platforms

About TOKISCHA:
Tokischa is a rising talent who deconstructs the perceptions and norms surrounding women’s roles. Her style is raw, authentic trap that few artists dare to pursue. In her world, there is no fear of showing society what she does, what she likes and who she is. She promotes a way of life that’s free from hypocrisy and gender stereotypes. Her vocal tone is instantly identifiable and is another major factor in making her songs distinctive.

About ROSALIA:
Winner of a GRAMMY® and eight Latin GRAMMYs®, Rosalía has “quickly leaped to the forefront of the worldwide pop scene” thanks to her innovative fusions and signature style. She has repeatedly broken barriers for Spanish-speaking female artists and has been widely acclaimed as “a complicated genius…resonated like a shockwave…reflecting femininity and strength…a leader of a new generation…turning flamenco into a global phenomenon…while become the most exciting pop star on Earth.” With the May 2018 release of her breakthrough single “Malamente (Cap.1: Augurio)” – and the fall arrival of her landmark album El Mal Querer, fans worldwide quickly embraced Rosalía’s phenomenal vocal capability meshed with her now fully realized fusion of classic flamenco and other timeless music styles of Spain, with R&B, hip-hop, contemporary Latin-American rhythms and electronic beats. Coupled with Rosalía’s strong influences from industrial visual arts, female empowerment, fashion and choreography, it became clear to critics that: “El Mal Querer is a modern masterpiece that breaks through borders…that has resonated like a shockwave…it stands out from virtually everything else on the global pop landscape.” Due to the album’s impact, and additional singles released in 2019, Rosalía has garnered a GRAMMY® along with live performance at the ceremony, a first-ever Best New Artist nomination for a Spanish-language artist, and eight Latin Grammys, including Album of the Year, two MTV VMA’s, multiple magazine covers, Coachella and Lollapalooza festival appearances, the most watched global YouTube video of 2019 for a female artist, and “Best Music of the Decade” picks from Rolling Stone, Billboard, GQ, The Los Angeles Times, Pitchfork and more. During 2020, Rosalía was immersed in writing and recording her follow-up album, while inking landmark brand partnerships with Nike and MAC’s “Viva Glam” campaign. She also led the Latin GRAMMY® winners list for the second straight year, while collaborating with such artists as Travis Scott, Bad Bunny, The Weeknd and Billie Eilish on massive streaming hits. Making the cover of the January 2021 U.S. edition of Vogue, photographed by Annie Leibovitz for the “Vogue Values” spread, she became the first Spanish-speaking musical artist to accomplish this feat. Recently, Rolling Stone named her forthcoming release to its “54 Most Anticipated Albums of 2021.”