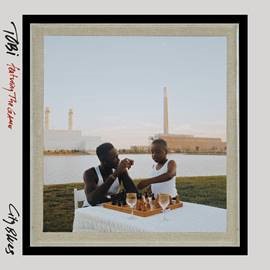 (New York, NY –January 22, 2020) – TOBi releases the “City Blues” remix featuring Grammy-Award winner, The Game, produced by Free n Losh. TOBi continues to showcase his “unapologetic soul music” weaving in and out of bars while The Game delivers a painful narrative of trauma. Originally released in January 2019 conceptually the song was inspired by Marvin Gaye’s “Inner City Blues.” The single received critical acclaim from Tiffany Haddish, Jamie Foxx and everyone’s favorite Uncle Snoop calling TOBi the voice of the culture and of the youth.

“This song is special to me because it’s so honest. Hearing The Game’s verse for the first time was unreal and the picture he paints is vividly intense. These are the realities of the world we live in. No filters, no apologies. It’s amazing as artists that we can release theseexperiences to the world through music,” says TOBi. 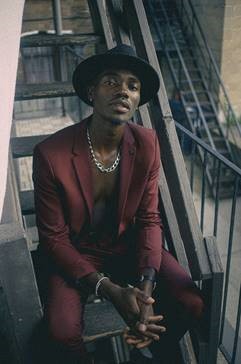 Less than a year ago TOBi released his debut studio album, STILL which garnered high praises from media such as: i-D, BET, Billboard, Paper & L’Officiel. The album explored the multiple facets of masculinity and the vulnerability he went through shortly after immigration. STiLL’s production largely came from Toronto’s Free n Losh, Grammy-winning !llmind as well as a return link up from Take A Daytrip punctuated by the album’s only feature VanJess.

Born in Nigeria, 26 year old TOBi immigrated to Canada with his father at 8 years old. This initial culture shock made TOBi intimately aware of his physical presence and how he was perceived by others. Struggling with this he turned to music to express his thoughts and emotions. In 2016, he released his debut EP, FYi featuring the single, “iNDECiSiONS,” a record that Pigeon and Planes described as: “hypnotic in its twisting stream of consciousness, snaking across topics and ideas.” By 2018, he linked up with Grammy-nominated producer duo Take a Daytrip for the buzzy jam “January December.” 2019 would prove to be an impactful year for TOBi having his single “City Blues,” premiered on Zane Lowe, performing to a sold out crowd in his hometown of Toronto, being featured on The Game’s Born 2 Rap in “Carmen Electra,” as well as Party Pupils “One Two Things.” He continued the momentum performing an original song, “Beige” on the COLORS platform, having his single, “Ride” featured in the 2019 season of HBO’s Ballers as well as teaming up  with Sango in “Faces”. Not stopping anytime soon, TOBi is featured on Big Gigantic’s new album, Free Your Mind.