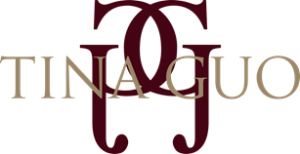 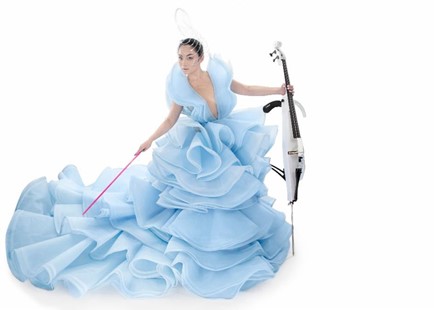 Accompanying the announcement is a brand new track – Tina’s take on the infamous Beethoven composition “Moonlight Sonata” which comes with a gorgeous, futuristic music video directed by Viktorija Pashuta, and features the uber-creative, high-fashion visual aesthetics and fiercely passionate performance style Tina has become known for. Stream Moonlight Sonata on streaming platforms here and watch the music video here or by clicking the image below. 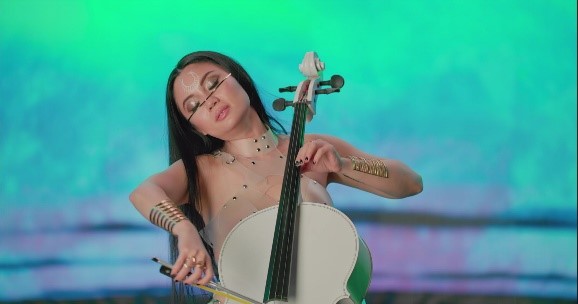 Speaking on the announcement of her brand new album and the release of “Moonlight Sonata“, Tina shares

“I am so excited to share this collection of music 3 years in the making! Dies Irae consists of 13 tracks, set in the year 3000. It explores different textures, genres, and sounds, rooted in my classical music background, and expands from there into various directions. This version of the Moonlight Sonata is set on an Alien Planet interspersed with the calls of Spirit Animals that live in the skies- when producing the arrangement, I envisioned the setting and visuals, which you can see in the music video. I hope you guys enjoy this song!” 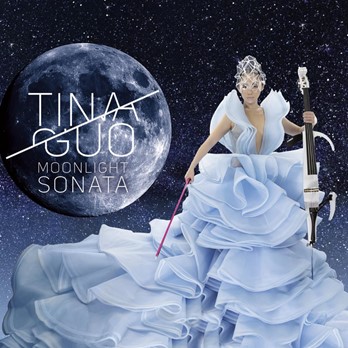 A woman places a bow to her cello. The friction and speed unlock a storm of emotions, ecstasy, drama, and dreams twisted up in a fugue of classical and crossover punctuated by elite musicianship, traffic-stopping showmanship, and just the right amount of heavy metal attitude. This woman, Tina Guo, has reimagined and reinvigorated classical music as a cellist, composer, artist, and performer.

The GRAMMY® Award-nominated and BRIT Female “Artist of the Year” Award-nominated cellist stands out as the rare talent who can bring an outdoor festival crowd to its feet or ignite the score of a record-breaking blockbuster. As a soloist, her cello courses through the soundtracks for Wonder Woman, The Lion King, Inception, Dunkirk, Pirates of the Caribbean 5, X-Men Dark Phoenix, Iron Man 2, Cyberpunk 2077, Call of Duty: Black Ops 2, 3, & 4, League of Legends, Assassin’s Creed Syndicate, CSI: NY, and The Vikings, to name a few. She has accompanied Hans Zimmer, Steven Tyler, Skrillex, Joe Bonamassa, Foo Fighters, Al Di Meola, and Carlos Santana on stage and John Legend, Ciara, and many more on tape. She thrived in the spotlight on Cirque Du Soleil’s Michael Jackson “The Immortal” World Tour, which entertained 3.7 million-plus concertgoers in packed arenas and became one of the highest-grossing tours of all time. Not to mention, she lit up the sold-out League of Legends World Championship at the Staples Center streamed over 33 million times. Along the way, she also picked up 53 million YouTube views, 374K subscribers, and 40 million Spotify streams to date.