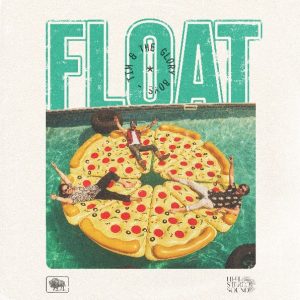 Directed by filmmaker and photographer Travis Nesbitt, who also shot the band’s “Without a Prayer” music video, the visual release was shot over a span of 3 days at lead singer Tim Neufeld’s property in Abbotsford, BC, as well as a cottage on Hatzic Lake. Recorded in Nashville and Chilliwack, BC, the band co-wrote and produced the lighthearted track with acclaimed country songwriter Rodney Clawson (Jason Aldean, George Strait, Luke Bryan, Blake Shelton, and Florida Georgia Line) and producer Allen Salmon (Gin Wigmore and Rhet Walker). Float became an instant hit and was the #1 most added song overall and at Canadian country radio during its release week.

The video captures the upbeat energy of the song by showcasing a fun carefree summer day with the band having a good time outside with their friends and true to the track’s name, the video features $1000 worth of floaties which were used to retrofit Neufeld’s shed for performance shots, attach to hover boards, and to float with in the lake. The tires from Neufeld’s truck were also removed and put in the pool for an epic poolside performance shot.

This feel-good summer song will make you want to drive to the nearest lake and sit back, relax, and just float.

About Tim & The Glory Boys

Tim & The Glory Boys are a Canadian gang of backwoods hillbillies with world-class facial hair and infectious on-stage energy. They have toured the world for over a decade and have shared the stage with countless Country, Roots and Gospel artists. The Glory Boys include Colin Trask (dobro/steel guitar) ,Brenton Thorvaldson (banjo/fiddle) and fronted by lead singer Tim Neufeld  . They are 2 time JUNO champs and are 2021 CCMA ‘Group of the Year’ and ‘Rising Star’ nominees. Together, the guys have been entertaining live audiences around the world since 2013 with their unique blend of boot-stompin’ country, front porch jams, and a healthy dose of blue-collar humour.