WITH PREMIERE OF FROM THE BASEMENT LIVE SESSION

DEBUTS TODAY FOR FIRST TIME EVER

DIGITALLY AND ON CD AND VINYL AROUND THE WORLD

PHYSICAL RELEASE IN THE UK AND IRELAND NOW DUE FRIDAY, FEBRUARY 26 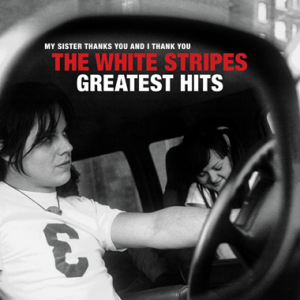 Third Man Records and Columbia Records are continuing to commemorate the release of The White Stripes Greatest Hits with today’s long-awaited premiere of a legendary live performance from Sky Arts’ From The Basement. The session – which includes Greatest Hits song “Blue Orchid”– was recorded live in November 2005 at London’s famed Maida Vale Studios with From The Basement co-creator/producer Nigel Godrich (Radiohead, Beck) and GRAMMY® Award-winning video director Sophie Muller (The Raconteurs, The Dead Weather, The Kills, Gwen Stefani & No Doubt). Originally broadcast in 2007 as part of the series’ pilot episode, today marks the first time the entire performance has been made available in full, along with exclusive, never-before-seen B-roll from the session. The White Stripes From The Basement session is streaming now at the official White Stripes and From The Basement YouTube channels.

“The dream of From The Basement is to capture great performances with the most direct and beautiful coverage possible,” says Nigel Godrich, “both sonically and visually. We were so fortunate early on to have the support of Jack and Meg who instinctively understood the concept of the show and so came to be part of it. As a result we have this amazing snapshot of their fantastic energy and style. It’s an intimate and direct performance, something magic, powerful and special. A day I will not forget.”

“Everything fell into place very quickly,” says Sophie Muller, “and because of Meg and Jack’s ease and natural chemistry with each other I could just shoot what I saw. Whatever it was between them made it very simple, but so so special and it was an honor to be there. I just love this electrifying performance.”

“It was beautifully filmed and the sound quality makes a performance on a regular TV show sound like a wax cylinder recording,” adds Jack White. “No host. Thank God.”

WATCH THE WHITE STRIPES FROM THE BASEMENT SESSION

The first-ever official anthology of recordings from the iconic rock duo, Jack and Meg White, The White Stripes Greatest Hits is now available digitally and on vinyl (2xLP black vinyl) and CD around the world; vinyl and CD will be available in the United Kingdom and Ireland on February 26.

Last week saw the official YouTube premiere of “Fell In Love With A Girl/Let’s Shake Hands” performed live on Later… With Jools Holland in 2001 – The White Stripes’ first ever TV performance in the UK. Additional songs from the historic performance will premiere soon at the official White Stripes YouTube channel – subscribe HERE.

WATCH “FELL IN LOVE WITH A GIRL/LET’S SHAKE HANDS”

LIVE ON LATER… WITH JOOLS HOLLAND

The White Stripes Greatest Hits collects 26 previously released songs including “Seven Nation Army,” “Fell In Love With A Girl,” “Hotel Yorba,” “Dead Leaves And The Dirty Ground,” “Hello Operator,” “Icky Thump,” “Apple Blossom,” and more. The album debuted at #1 on both Billboard’s “Current Rock Albums” and “Current Alternative Albums” charts upon its December release in the US. In addition, The White Stripes Greatest Hits entered Billboard’s “Vinyl Albums” chart at #2 while also reaching #4 on the “Top Albums” and “Top Current Albums” charts. 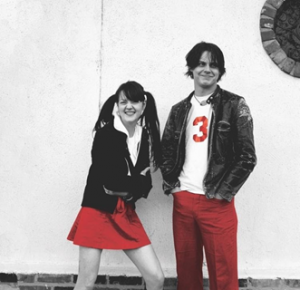