“This breadth of creative ambition has made Rosalía one of the most watched, worshiped, scrutinized, copied and counted on young artists in the world…”

“MOTOMAMI is a masterpiece…Genres are a thing of the past; there’s room for everything here…an innovative, avant-garde work that challenges commercial music as we know it.”

“Rosalía is a visionary… MOTOMAMI represents what is new and exciting about pop music in 2022… something thoroughly modern… warping the pop universe …with glorious results.” 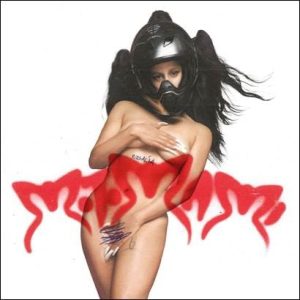 “In these last three years, I’ve wanted to focus my energy on giving this album a sense of risk and excitement … everything on this record was made from scratch… Conceptually, lyrically, it’s the most personal and confessional album that I’ve made so far. I’ve always considered myself a storyteller and MOTOMAMI is the most personal story I’ve told. In my head, MOTOMAMI makes sense as …a self-portrait, of a feminine figure building herself… [and] there’s a duality. The record is structured in binaries, two types of contrasting energy… Moto means ‘strong’ and relates to ‘aggression’. while Mami refers to ‘fragility… There’s also a sense of humor, and irony.”

Executive produced by Rosalía, MOTOMAMI features 16 songs, including the recently released and widely praised tracks  “HENTAI,” “CHICKEN TERIYAKI,” “SAOKO“ and “LA FAMA” featuring The Weeknd. These advance tracks from the album have already attracted a strong global audience; as “LA FAMA” debuted #1 on the Spain singles charts, spent 3 weeks at #1 and peaked at #2 on Billboard’s Hot Latin Songs chart, while the official music video now has over 86M views and peaked #1 on YouTube in 13 countries including Spain, Mexico & Argentina. “SAOKO” debuted at #40 on the Global Spotify Chart and #2 on the Spain Spotify Chart—marking the track the biggest solo debut by a Spanish artist in global Spotify chart history.

To celebrate the full album arrival, Rosalía will now also treat fans to another eye-popping visual with the music video for “CANDY” which will release at noon EST today. The video which features Rosalía partaking in her favorite pastime of karaoke will be available here upon release.

With today’s long-awaited album release, enthusiastic global fan and press praise is quickly building, by the hour, with multiple “Best Album of the Year” declarations already joining some of the advance astounding press previews declaring MOTOMAMI as “A Masterpiece… Rosalía’s best work yet… something thoroughly modern… representing what is new and exciting about pop music in 2022.”

Having labored over the album for over three years, Rosalía has been in celebration mode with several special activations and appearances. Last night, she launched a once-in-a-lifetime immersive experience on TikTok LIVE. Drawing a massive audience she performed 14 tracks from the record during a mind-blowing show, giving each song its own distinct feel and visual. The event was personally conceptualized and created by Rosalía, directed by Stillz, and produced by CANADA with all the footage impressively filmed exclusively on mobile phones.

Additionally, leading up to the release, she made her solo late-night television debut performance on Saturday Night Live on the March 12th broadcast. Watch her performance of “CHICKEN TERIYAKI” here and “LA FAMA” here. Rosalía is the first woman to perform both songs entirely in Spanish in the NBC sketch comedy series’ 47-season history and when combined with her 2021 duet appearance with Bad Bunny, she has now performed more songs in Spanish on Saturday Night Live than any other artist. Prior to her Saturday Night Live appearance, Rosalía stopped by The Tonight Show Starring Jimmy Fallon to chat all things MOTOMAMI, Harry Styles texting her old phone number and a behind-the-scenes look at recording her music. Watch the full interview HERE.

MOTOMAMI is out now. Watch her interview with Zane Lowe about making the album here and read her New York Times profile here.

“My studio approach is experimentation, always… repeating something, no matter how small, wouldn’t make much sense to me. I don’t really like to look back … Many genres inspired this album, and I celebrate that. In the end, I want my career to be like a love letter to all the music I love, and this album is part of that… In the end, it’s very direct and raw music, and people are not used to celebrating women who speak like that… and Feminism has been very important to me… this vindication of women and femininity are implicit in my intention…   I’d be very happy, if this record provides a counterbalance to [Male artists in many genres perpetuating macho and misogynist tropes.]

Rosalía is a Grammy & Eight-Time Latin Grammy Winner who has quickly “leapt to the forefront of the global pop landscape” on the strength of her innovative musical fusions and distinctive style.  She has repeatedly shattered barriers for both female and Spanish language artists, while being widely hailed as: “a complicated genius … reflecting femininity and strength… a new generation leader…making Flamenco a global phenomenon… while becoming Earth’s Most Exciting Pop Star.” With the May 2018 release of Rosalía’s innovative breakthrough single “Malamente (Cap.1: Augurio)” – and the fall arrival of her landmark album “El Mal Querer,” fans worldwide quickly embraced Rosalía’s phenomenal vocal capability meshed with her now fully realized fusion of classic Flamenco and other timeless music styles of Spain, with R&B, hip-hop, contemporary Latin-American rhythms and electronic beats. Coupled with Rosalía’s strong influences from industrial visual arts, female empowerment, fashion and choreography, it became clear to critics that: “El Mal Querer is a boundary-breaking modern masterpiece … that has resonated like a shockwave… it stands out from virtually everything else on the global pop landscape.” As a result of the album’s long-running impact, and additional 2019 singles that followed, Rosalía garnered a GRAMMY Award, standout GRAMMY performance, the historic first-ever Best New Artist Grammy nomination for a Spanish Language artist, and eight Latin Grammys, including Album of the Year. Additional acclaim has included 2 MTV VMA’s, multiple magazine covers-including the annual Sunday New York Times Magazine’s special Culture Cover, highly praised Coachella and Lollapalooza festival appearances, the most watched global YouTube video of 2019 for a female artist, and “Best Music of the Decade” picks from Rolling Stone, Billboard, GQ, The LA Times, Pitchfork and more. While Rosalía has spent a large majority of time immersed in the creative process of writing and recording her eagerly-awaited next album, she also finalized landmark brand partnerships with Nike and MAC’s “Viva Glam” campaign, lead the field of LATIN GRAMMY winners for the second year in a row became the first-ever all-Spanish language music artist to grace the COVER of VOGUE in the United States (with the January 2021 “Vogue Values” issue, photographed by Annie Leibovitz), and joined Travis Scott, Bad Bunny, the Weeknd, Billie Eilish, Arca, Tokisha and more on massive streaming collaborative tracks. She now begins her next creative chapter with the music of MOTOMAMI.