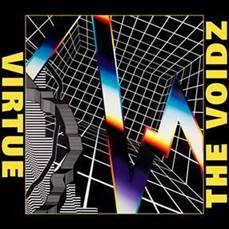 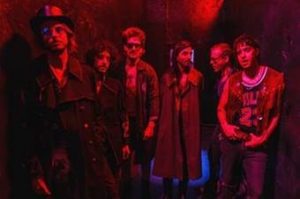 On March 30, The Voidz (formerly Julian Casablancas+The Voidz) will release VIRTUE, their first new album in nearly four years, on Cult Records/RCA Records.  Today, the band has shared the video for album track “QYURRYUS.”  The VHS-tastic video marks Voidz frontman Julian Casablancas’ directorial debut, and follows “Leave It In My Dreams,” another song from VIRTUE, which was revealed earlier this week and hailed by Rolling Stone as “infectious….balance[s] pop with deft forays into the surreal.”  The Voidz will perform on The Tonight Show with Jimmy Fallon on January 30.

Listen to “Leave It In My Dreams” here: http://smarturl.it/LIIMD/youtube

The fifteen tracks on VIRTUE herald the return of a reinvigorated Voidz, and contain group’s most indelible work to date. Recorded in Los Angeles and produced by Grammy-winner Shawn Everett (Alabama Shakes, The War On Drugs), the album shapeshifts into bold and exciting new forms from one song to the next.

“Our goal was to make a record that a wider audience would enjoy as much as we enjoyed the first album, Tyranny, says Casablancas.  “Still a swirl of different styles, but I think this might the most eclectic record I’ve ever been a part of.  There’s a song on there for everyone.”

The Voidz will appear at Shaky Knees Festival in Atlanta in May and tour extensively in support of ‘Virtue,’ with more dates to be announced soon.The Voidz’ 2014 album Tyranny was called “[Casablancas’] most adventurous work yet” by NPR, and “the gnarliest work of his career” by Stereogum, with Rolling Stone hailing The Voidz as “a shredding art-punk squad.” VIRTUE Tracklist:1. Leave It In My Dreams2. QYURRYUS3. Pyramid of Bones4. Permanent High School5. ALieNNatioN6. One of the Ones7. All Wordz Are Made Up8. Horse To Water9. Wink10. My Friend The Walls11. Pink Ocean12. Black Hole13. Lazy Boy14. We’re Where We Were15. Pointlessness The Voidz are:Guitar: Amir YaghmaiVocals: Julian CasablancasKeys: Jeff KiteGuitar: BeardoBass & Synthesizer: Jake BercoviciDrums: Alex Carapetis http://www.thevoidz.com/