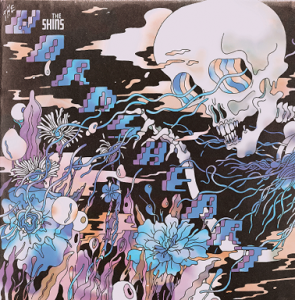 The Shins have shared “Dead Alive (Flipped),” a more sober and serious take on the original version and the latest track from their forthcoming album The Worm’s Heart. The complete rework of The Shins’ 2017 acclaimed album Heartworms will be released on Friday, January 19. The Worm’s Heart is available for pre-order now and includes immediate downloads of “Name For You (Flipped),” “Cherry Hearts (Flipped),” and “Dead Alive (Flipped).” See full track listing below.

James Mercer says: “The original version of ‘Dead Alive’ was right in the wheel house with tracks we had done before. It has the same triplet galloping rhythm as a number of Shins songs. So to ‘flip’ it we broke it down into more romantic elements like that dark piano and Patti’s violin, which I love. That’s me in the beginning knocking my beer off the console while mic-ing her! Oops! Listen for Casey’s sick fuzzed out solo.”

When James Mercer wrote, produced, and recorded Heartworms, he had this desire for an alternate version, an opposite version. The original track order is reversed and songs are reborn, yet the lyrics and melody remain intact. “The Fear” is transformed from tender lament into a growling garage rock cut, “Heartworms” is given a disco makeover with Moroder-style synths, and “Half a Million” is reworked into a reggae and rocksteady-tinged reboot. The reasoning was to showcase the versatility and strength of Mercer’s songwriting, the result is The Worm’s Heart.