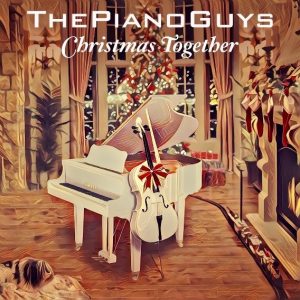 (November 20 – Toronto) With over a billion YouTube views across their 50+ music videos, Billboard chart-topping group, The Piano Guys, release their latest video – an uplifting blend of Beethoven’s “Ode to Joy” and Handel’s “Joy to the World” – watch the video HERE. The audio track is also available now via all download and streaming services.

“Life is about joy. So why do we tend to let life get in the way of joy?” said The Piano Guys.  “We’ve been through a great deal of ups and downs, drastic changes, and even tragedies this past year. Jon and his family, especially, have suffered at the hands of brutal uncertainty, impending hopelessness, and inexplicable loss. We offer this song as a musical manifestation of what we felt.”

ABOUT THE PIANO GUYS:
The Piano Guys – Steven Sharp Nelson, Jon Schmidt, Al Van der Beek and Paul Anderson – became an online sensation by way of their immensely successful series of strikingly original self-made music videos, which has far surpassed 1 billion views and garnered over 5 million subscribers on YouTube. They’ve made over 50 music videos since 2011, including their breakout hit, an innovative multi-handed version of One Direction’s “What Makes You Beautiful” and a gorgeous reinvention of the hit song “Let It Go” from Disney’s Frozen. Christmas Together is the Utah-based classical-pop group’s seventh major label album on Portrait/Sony Music Masterworks, following: Wonders,The Piano Guys,The Piano Guys 2, A Family Christmas, The Piano Guys – Live! and Uncharted.

For more information on The Piano Guys and tour dates visit: