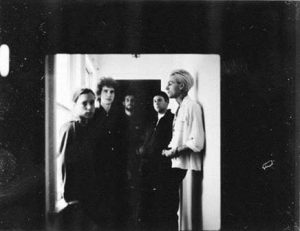 Today, The Neighbourhood is sharing a new EP, their first new project since 2015’s Wiped Out! The band teased the previously unannounced HARD EP yesterday via a short trailer for “24/7,” taken from the project. HARD is available now across all digital platforms via Columbia Records. In December, the band will play a brief run of shows in Mexico, Texas, and Los Angeles.

Hear HARD above and see below for full EP details.

Growing up together in the Newbury Park area of Thousand Oaks, California, The Neighbourhood started out in 2011 as a group of friends. Their 2013 debut album, I Love You, and the double-platinum hit single “Sweater Weather” catapulted the band to the top of the pop and alternative charts. “Sweater Weather” emerged as one of the biggest singles of 2013 and The Neighbourhood went on to sell out venues throughout the U.S., Europe, and Russia.

The band’s mixtape #000000 & #FFFFFF proved that they aren’t your average rock band – the mixtape was hosted by hip hop heroes Don Cannon and DJ Drama and featured the likes of YG, Raury, Danny Brown, Dej Loaf, French Montana and Casey Veggies. Wiped Out!, 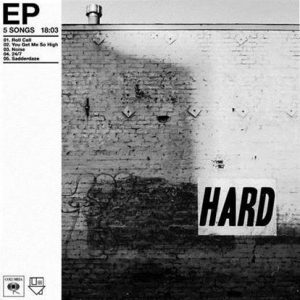 The Neighbourhood’s sophomore effort, a swirling collection of R&B-infused rock, once again rewrote the rules of what it means to be a rock band in the modern musical landscape. Over the years, The Neighbourhood have proved themselves to be trendsetters through their musical and cultural output, taking The 1975, Travis Scott and Kevin Abstract on their first national tours. Considering the band’s ability to transcend genre it’s easy to wonder, who exactly is The Neighbourhood? Is it really this black and white?

You Get Me So High