PERFORMING ON CBS’ “THE LATE SHOW WITH STEPHEN COLBERT” MAY 13 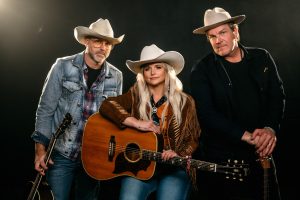 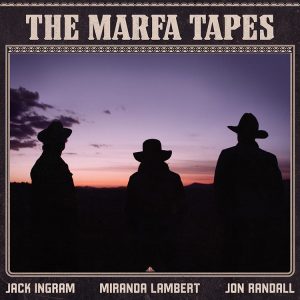 Earlier this week, the trio gave an early glimpse at “The Marfa Tapes Film” with a new music video for 2017 ACM Song of the Year “Tin Man.” Watch here. The feature-length film will stream Saturday, May 8 (7:00 p.m. ET / 6:00 p.m. CT) and fans on Facebook will get a first look for the first 24 hours via Lambert’s official Facebook page. Directed by Spencer Peeples, it includes live performances set against the West Texas backdrop, candid interviews, and behind-the-scenes footage captured during the five-day album recording sessions in Marfa last November.

Press highlights include:
“It’s an album both familiar and new in equal measure, and one of the most inspired projects Lambert has ever released,” – Entertainment Weekly

“a songwriter’s record if ever there was one,” – Rolling Stone

“The songs on The Marfa Tapes are straight-up country songs, presented in their most elemental form…sung by committed professionals who know how to sell those feelings, those Marfa Tapes songs hit hard,” – Stereogum

“The songwriting is first-rate, and the minimalist aesthetic suits these tunes in a way that more elaborate arrangements and polished production never would,” – Paste

“one of the best albums of the year,” – No Depression

“The Marfa Tapes is the rawest–and some might say most real–recording you’ll get from this trio, and it’s all the better for it…It’s unembellished sound and scruffy methodology is a quality we don’t have enough of in today’s often excessively tweaked and overly polished fare,” –  Holler.Country

“a wonderful collection for true lovers of country songs…Whether it’s the sadness saturating ‘Being Heart Broken,’ the emotional liberation described in ‘Ghost’ or the spunk of ‘Geraldene,’ there is plenty of quality and variety to be enjoyed,” – Country Standard Time

Recorded raw and loose with just a pair of microphones and an acoustic guitar, The Marfa Tapes is a stunning work of audio verité; an intimate, unadorned snapshot of a moment in time fueled by love, trust, and friendship. The trio recorded much of the album outdoors, inviting the ambient sounds of the desert to seep into their live, bare bones performances, and the atmosphere is utterly transportive. While a couple of the tracks may already be familiar to listeners – “Tin Man” as well as fan favorite “Tequila Does” – the vast majority of these songs have never been heard outside of Marfa. The result is a candid, unvarnished look at Lambert, Randall, and Ingram’s undeniable chemistry in its purest, most honest form.

ABOUT SPENCER PEEPLES:
Texas native and Director Spencer Peeples has worked with some of country music’s greatest artists – from creating music videos for Jack Ingram, Jerry Jeff Walker, Bruce Robinson, Willis Alan Ramsey, Turnpike Troubadours and many others, to touring with George Strait in 2018 as a stage camera operator, and shooting album covers for award-winning musicians including GRAMMY winner Miranda Lambert. His fly-on-the-wall approach to filming allows him to capture content in its natural form which has become wildly popular and praised by musicians. Spencer has had a passion for film and photography since the age of ten and began his career by cutting his teeth at the Austin Music Network.