F*CK LOVE, THE KID LAROI IS BACK AND IT’S SAVAGE 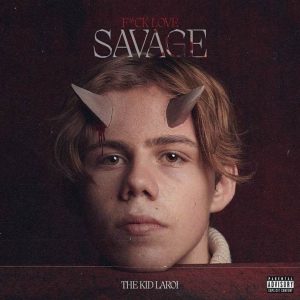 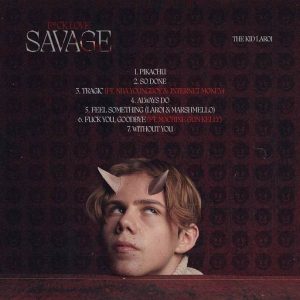 (November 6th, 2020) Aussie born and now LA based singer and rapper The Kid LAROI has done it again. Following the release of his debut project F*CK LOVE which debuted in the top 10 of Billboard’s 200 chart this past summer, The Kid LAROI is circling back with a digital repack. Originally tackling love and loss, LAROI has done some maturing in the last year, now narrating from a different space and perspective in SAVAGE. Listen to F*CK LOVE (SAVAGE) HERE.

With seven new songs, LAROI is hoping listeners will experience an even more intimate side of him, enlisting help from some of his peers including NBA Youngboy, Internet Money, Marshmello & more. As LAROI reflects in his new music. grappling with fall-out’s, relationships and everyday hardships he is gaining global attention recently landing a global campaign as a Spotify RADAR artist.

About The Kid LAROI:
At only seventeen years old, The Kid LAROI made waves with his first major label mixtape F*CK LOVE. Managed by Grade A, home of Juice Wrld and other notable artists – The Kid LAROI continues to show incredible promise and vocal ability as he leads the artists to watch conversation with today’s repack of F*CK LOVE (SAVAGE). After receiving many notable co-signs from his peers, LAROI is on his way to becoming a household name.