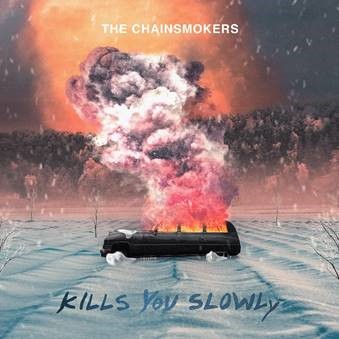 OFFICIAL MUSIC VIDEO FOR “WHO DO YOU LOVE” FT. 5 SECONDS OF SUMMER OUT NOW

Grammy Award-winning artist/producer duo The Chainsmokers have released their new track “Kills You Slowly” today via Disruptor Records / Columbia Records – listen HERE. The song features vocals by Drew and follows their previously released single “Who Do You Love” ft. 5 Seconds of Summer as the next piece of their new building album, World War Joy. The album will continue to build one song release at a time over the course of 2019.

Fans can catch The Chainsmokers live on their massive “WORLD WAR JOY” North American headline arena tour this fall. 5 Seconds of Summer will join all dates along with rising pop star Lennon Stella, who is opening the show. The 41-city tour, produced by Live Nation, will kick off on September 25 in Cincinnati, OH and make stops in major cities across the U.S. and Canada before wrapping in Vancouver, BC on December 6. See full tour routing below and visit LiveNation.com for ticket information.

“Who Do You Love” is available everywhere now. For up to date information on The Chainsmokers please visit https://www.thechainsmokers.com/.