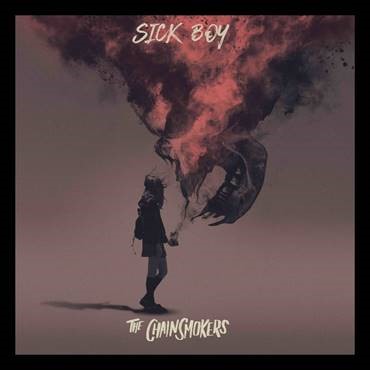 Sick Boy is comprised of The Chainsmokers’ singles released throughout 2018. Each release represented a new chapter in the ongoing building album, culminating in a complete 10 song set. See full track list below. Listen to Sick Boy HERE.

Sick Boy includes the duo’s current single, “This Feeling” featuring Kelsea Ballerini. Check out the video HERE. “This Feeling” has accumulated over 250 million global streams to date, and is currently sitting in the Top 20 at Pop radio. Following their performances of the track on The Ellen DeGeneres Show and the 2018 Victoria’s Secret Fashion Show, fans can catch The Chainsmokers performing “This Feeling” with Kelsea on Dick Clark’s New Year’s Rockin’ Eve, ABC’s annual star-studded New Year’s Eve television special.

GRAMMY winning duo The Chainsmokers have developed some of the biggest breakthrough songs over the last two years including Multi-Platinum certified hits “Roses,” featuring Rozes, “Don’t Let Me Down” featuring Daya and “Closer,” featuring Halsey, which went on to become the longest running #1 single of 2016 on the Billboard Hot 100 chart. The group’s debut album, Memories…Do Not Open, was released last year. The album, which has been certified 2x Platinum in Canada, debuted at #1 in the U.S. on the Billboard 200 chart and produced Multi-Platinum certified smash hits “Paris” and “Something Just Like This” featuring Coldplay. The duo’s current single, “This Feeling” featuring Kelsea Ballerini, is featured on their latest album Sick Boy. Alex and Drew will continue releasing music and touring across the globe throughout 2018 and beyond.

Born and raised in the Nordic forests of Sweden on a small crop of land called Sollerön – known as the Island of the Sun – Neon Gold / Atlantic Records recording artist Winona Oak is every bit as enchanting as her origin story. The 24 year old Swede first stepped into the spotlight in early 2018 with her debut collaboration on What So Not’s “Beautiful,” going on to co-write two other singles for the Australian electronic maestro, and closes out the year with her biggest writing collaboration to date, co-writing and featuring on The Chainsmokers’ “Hope.”