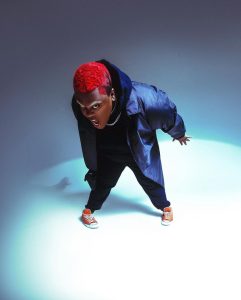 “I was coming out of a really dark and intense time, especially through Covid,” says Tedy. Everything was changing for me and in me, and I was just at this point where I knew I had to either take a chance on myself or give up entirely. I want for this song to give hope to my listeners and fans: whatever you dream. . . go for it.”

“Bet on Me” follows the success of this spring’s release “I Wanted My Heart to Break,” which boasts nearly two million global streams since release.

With production by Sean Fischer, mixing by Mitch McCarthy (Olivia Rodrigo, Meghan Trainor), and mastering by Randy Merlin (Lady Gaga, Maroon 5, Katy Perry), “Bet on Me” tells Tedy’s own story: “I’ll shine bright on the way up” he sings, a message of hope set to a solid hook and lush production.

This new track continues a busy spring and summer for Tedy, as the artist gears up for the release of his hotly anticipated EP Manic Party later this fall. With over 43 million worldwide streams, Tedy’s definitely on the way up. And when he sings “bet on me like you mean it,” we believe every word.

The tracks on his soon-to-be-released EP Manic Party are infused with irresistible hooks, introspective lyrics, and soaring vocals. With incredible A-list production by Big Taste (Justin Bieber, Dua Lipa), and Dallas K (Lauv, Tiesto, Fifth Harmony); mixing by Mitch McCarthy (Olivia Rodrigo, Bebe Rexa); and mastering by Randy Merrill (Adele, Silk Sonic), the album is a hook-driven pop celebration from an artist who has traveled a long road to find his community and himself. Tedy’s over 43 million global audio streams and one million followers on TikTok are a testament to his charisma, creativity, and ability to craft songs that speak to people. These fans are ready for new music and to hear what Tedy has to say. And thankfully, he’s just getting started.