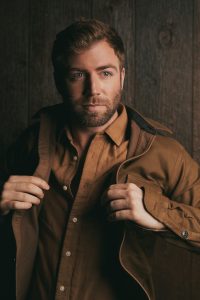 Listen to “Heaven on Dirt” HERE

This will be the first release to country radio with Robb and the newly organized Monument Records promotion staff. “Heaven On Dirt” follows the success of his self-titled debut EP, which has hit over 80 million streams worldwide – making it the highest consuming debut country EP that did not include a Top 40 radio single since 2015.

A native of Akron, Ohio, Teddy grew up loving the outdoors. As an avid fisherman and hiker, his musical inspiration is drawn from the outdoors, which is well represented with “Heaven on Dirt.” 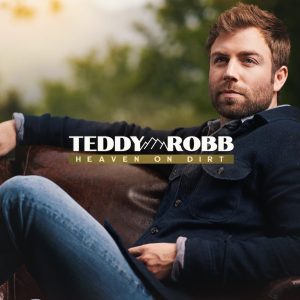 The song tells a story of the American dream and Teddy’s delivery sends you right back into memories of your very own Heaven on Dirt.

Teddy has played major festivals like Bonnaroo and Seven Peaks, performed on the Today Show, and opened for Luke Combs, Brothers Osborne and Gary Allan, among others. He’s worked with the Country Music Association on a program to support music education in schools across the country, partnered with outdoor retailer, Otterbox, to share his journey, and has been written about in Rolling Stone, Billboard, and People Magazine.