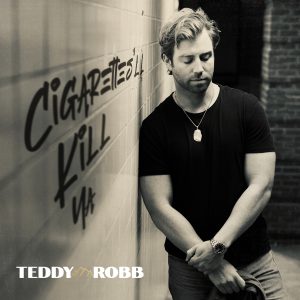 October 29, 2020 – Toronto, ON. – Teddy Robb’s new track states the obvious – “Cigarettes’ll Kill Ya” – but the smoke he sings of targets only the heart. True to form, the Midwestern singer/songwriter returns with a twist on a classic country trope – boy falls for girl, girl leaves boy, boy is left to sit in the haze of the memory.

“I first heard this song when everything was shut down last year and I had a lot of time to reflect,” shares Robb. “I started thinking about past relationships, the good, the bad, and what went wrong, and when this song came to me it was everything I felt.”

“I’ve definitely been focusing on my guitar playing this last year,” explains Robb. “I’m learning so much about the instrument every day and trying out songs from some of the heroes I grew up on like Lynyrd Skynyrd, The Eagles and Bob Segar. Adding some of that influence into my country songs has been really fun.” You can hear that influence throughout the track, especially in the final arena-ready, solo riff.

That secondhand smoke
From the red and black cloves
Same ones we used to burn
When we’d get a little loaded
Up on a Friday, buzzing the night away
Damn, you were one in a million
Now, I’m sitting right here in a missing you haze
Hurts a little more with every drag that she’s taking
Baby I’m dying just to be with you
Yep, cigarettes’ll kill ya

To date, Robb has amassed over 100-million worldwide streams, played to a national audience on the TODAY Show, opened for folks like Luke Combs, Brothers Osborne, and Pat Green, and been written about by American Songwriter, Rolling Stone, and Cowboys & Indians among others.

With over 100 million worldwide streams to date, Teddy Robb’s laid-back vocals and authentic songs bring a distinctive country & Midwestern style to the genre. After being named to Apple Music’s Next Up Now Program, playing to a national audience on the TODAY Show, and opening for acts like Luke Combs and Brothers Osborne, Robb released his debut EP, about which American Songwriter stated “there is a distinctiveness to not only his vocal approach, but his style.” Since, he has continued his tradition of releasing songs that look at traditional county stories, from a new perspective. His clever wordplay, smooth vocal, and rock n roll influence are on full display in new releases “Whiskey Can’t” and “Cigarettes’ll Kill Ya. 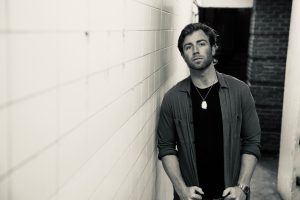