TAI TO PERFORM LIVE ON THE SEASON 20 FINALE OF AMERICAN IDOL THIS SUNDAY, MAY 22 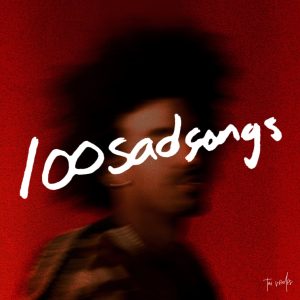 May 20, 2022 – Today, chart-topping breakout artist Tai Verdes released his newest single “100sadsongs” – listen HERE & watch the lyric video HERE. The indie-pop track is another surefire hit from the singer-songwriter, who puts his talents on full display in this catchy and relatable heartbreak anthem.

Of the track, Tai says: “In my life, growing up, I remember listening to sad songs over and over again, especially when I was going through something heavy. I think a lot of people do that to cope with their emotions. ‘100sadsongs’ is dedicated to just that. It shows that there’s this thing that I used to do and sometimes still do and know that many other people also do this and can relate. Just to live in the emotion of songs, which is also really a cool thing. The way in which we can all relate to music through the things we are feeling.”

The release of “100sadsongs” kicks off an eventful weekend for the hitmaker, which includes two special back-to-back live performances. Tai will first take the stage for a live performance on the series finale of “American Idol” on Sunday, May 22nd from 5:00-8:00 p.m. PST on ABC. After being cut from Idol previously, the rising star now returns for a monumental performance on the Season 20 finale – see Tai’s reaction to the exciting news HERE. Immediately after, Tai heads to The Belasco in downtown Los Angeles for the final show of his 22-city North America headline 2022 HDTV Tour. Tai shows no signs of slowing down this summer – bringing the HDTV Headline Tour to Australia for select dates in July, and also making a series of stops across the music festival circuit, including performances at BottleRock Napa Valley Festival, Bonnaroo Music & Arts Festival, and the Reading & Leeds Festivals, among others. For more information on Tai’s upcoming tour dates, please visit: TaiVerdes.com.

Three months into the COVID-19 pandemic, singer-songwriter Tai Verdes was an essential worker with a nine-to-five job at a Verizon Wireless store. Now his songs continue to top the charts including “A-O-K” which peaked at #12 at Top 40 Pop radio, #34 on the Billboard Hot 100, and found Tai at #1 on Billboard’s Emerging Artist Chart. The song was off of his critically acclaimed debut album TV, which was released on May 20, 2021 and debuted at #3 on Billboard’s Heatseekers album chart and #5 on Spotify’s debut album chart. Tai has been hailed by the likes of Rolling Stone, TIME, New York Times, Billboard, Nylon, VMAN and NPR.

ABOUT TAI VERDES:
Three months into the COVID-19 pandemic, Tai Verdes was an essential worker with a 9-to-5 job at a Los Angeles Verizon Wireless store. Now with his debut album TV, he has a #3 Billboard Heatseekers album and #5 Spotify debut album, as well as one of the biggest viral hits in the US, “Stuck In The Middle,” hailed by The New York Times as one of the “Best Songs of 2020.”

After posting a series of TikTok videos, Tai’s breakout single “Stuck In The Middle” took flight hitting #1 on Spotify’s US viral chart and has since amassed more than 150 million streams and over 3.5 million TikTok creations, being viewed over 3 billion times since the song’s release in late May 2020.