MAKES TV PERFORMANCE DEBUT OF THE SONG ON

THE TODAY SHOW THIS MORNING 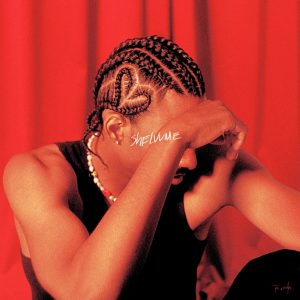 June 22, 2022 – Chart-topping singer-songwriter Tai Verdes has released his new single “sheluvme” – listen to the breezy summer jam HERE. To celebrate the release, Tai stopped by The TODAY Show this morning for a must-watch TV performance debut of the new song.

“’sheluvme’ is a song that I made about my best friend. I think it’s really beautiful how I can be reminded in all these different ways about what this person does to me. Even though the song is only 2 minutes and 31 seconds and can’t fully capture all the emotions I have.  it’s nice to give a little taste,” states Tai.

The release follows an eventful year for Tai, which included his first-ever US headline tour, performing on the season finale of “American Idol,” and critically acclaimed performances at iconic festivals, including Bonnaroo in Nashville, TN this past weekend. Tai shows no signs of slowing down this summer – bringing the HDTV Headline Tour to Australia for select dates in July, and continuing his summer festival run with stops at Reading & Leeds Festivals, Lollapalooza Paris, Life is Beautiful, and more. For more information on Tai’s upcoming tour dates, please visit: TaiVerdes.com.

Three months into the COVID-19 pandemic, singer-songwriter Tai Verdes was an essential worker with a nine-to-five job at a Verizon Wireless store. Now his songs continue to top the charts including “A-O-K” which peaked at #12 at Top 40 Pop radio, #34 on the Billboard Hot 100, and found Tai at #1 on Billboard’s Emerging Artist Chart. The song was off of his critically acclaimed debut album TV, which was released on May 20, 2021 and debuted at #3 on Billboard’s Heatseekers album chart and #5 on Spotify’s debut album chart. Tai has been hailed by the likes of Rolling Stone, TIME, New York Times, Billboard, Nylon, VMAN and NPR.

ABOUT TAI VERDES:
Three months into the COVID-19 pandemic, Tai Verdes was an essential worker with a 9-to-5 job at a Los Angeles Verizon Wireless store. Now with his debut album TV, he has a #3 Billboard Heatseekers album and #5 Spotify debut album, as well as one of the biggest viral hits in the US, “Stuck In The Middle,” hailed by The New York Times as one of the “Best Songs of 2020.”

After posting a series of TikTok videos, Tai’s breakout single “Stuck In The Middle” took flight hitting #1 on Spotify’s US viral chart and has since amassed more than 150 million streams and over 3.5 million TikTok creations, being viewed over 3 billion times since the song’s release in late May 2020.