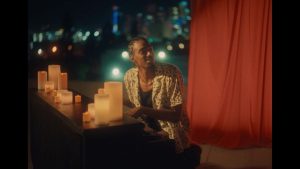 Tai can next be seen on his 2022 HDTV Tour, which just added 20 new dates due to fan demand after selling out the U.S. leg of his first-ever headline tour earlier this year. The HDTV Tour continues this month with select dates in Europe and Australia, and will pick back up on Sunday, September 11th at the Hollywood Theatre in Vancouver, BC, making a series of stops in major cities across the U.S., before wrapping in New Orleans at the Republic NOLA on Wednesday, October 19th. Tickets are on sale now at TaiVerdes.com. In other touring news, Tai continues his summer festival run with upcoming performances at Breakaway Festival, Austin City Limits, Life is Beautiful, and more. For more information on Tai’s upcoming tour dates, please visit: TaiVerdes.com.

Three months into the COVID-19 pandemic, singer-songwriter Tai Verdes was an essential worker with a nine-to-five job at a Verizon Wireless store. He has since amassed more than 1 billion global streams, and more than 15 billion social views. His songs continue to top the charts, including “A-O-K” which peaked at #12 at Top 40 Pop radio, #34 on the Billboard Hot 100, and found Tai at #1 on Billboard’s Emerging Artist Chart. The song was off of his critically acclaimed debut album TV, which was released on May 20, 2021 and debuted at #3 on Billboard’s Heatseekers album chart and #5 on Spotify’s debut album chart. Tai has been hailed by the likes of Rolling Stone, TIME, New York Times, Billboard, Nylon, VMAN and NPR.

ABOUT TAI VERDES:
Three months into the COVID-19 pandemic, Tai Verdes was an essential worker with a 9-to-5 job at a Los Angeles Verizon Wireless store. He has since amassed more than 1 billion global streams and 15 billion social views. Now with his debut album TV, he has a #3 Billboard Heatseekers album and #5 Spotify debut album, as well as one of the biggest viral hits in the US, “Stuck In The Middle,” hailed by The New York Times as one of the “Best Songs of 2020.”

After posting a series of TikTok videos, Tai’s breakout single “Stuck In The Middle” took flight hitting #1 on Spotify’s US viral chart and has since amassed more than 150 million streams and over 3.5 million TikTok creations, being viewed over 5 billion times since the song’s release in late May 2020.