SYLO NOZRA TODAY RELEASES DREAMY VIDEO FOR “Why R U Back?” 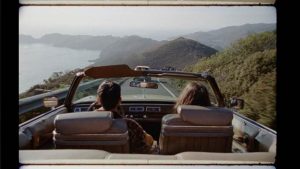 (Toronto, ON – December 9, 2020) – Today, Toronto-based R&B/pop singer-songwriter Sylo Nozra releases the wistful video for his single “Why R U Back?”  Inspired by the sunny California coast, the official music video for “Why R U Back?” was shot on film in San Francisco, and is a colourful, dreamlike refection of a the ups and downs of a relationship you keep going back to; thinking of the bad while you’re living the good, and remembering the good when the relationship is bad. The video was shot and directed by Sylo’s longtime creative collaborator, Martin Klapperbein.

“Love is such a visual language, so for this video we tried to f*ck the visuals up to match how I’ve felt f*cked up in relationships,” said Sylo of the video creation process.

The song was written in collaboration with producer, Xander (Meek Mill, Lil Durk), “Why R U Back?” combines expressive lyrics on navigating the emotional rollercoaster of love with a beat reminiscent of 80s-indie pop. Lyrical Lemonade said about the track: “[h]e sings about some of the most authentic and real feelings while being able to craft a bop that will have you bobbing your head.”

Raised in Toronto by religious Korean parents, Sylo Nozra’s take on R&B and pop is inspired by his environment and upbringing. He began to sing in church services as a child and his love of music led him to learn several instruments at once, and was further influenced by ’90s R&B, Hip Hop and K-Pop, first introduced to him by his older sister.

Known for silky records created in his own home studio, Sylo’s sound has received global recognition and charting virally on both Spotify and Apple. His hit single “FOMO” saw major sync placements in Netflix’s On My Block and CBC’s Kim’s Convenience, plus he has received critical acclaim from Lyrical Lemonade, The FADER, Complex, i-D Magazine, Hilly Dilly, Exclaim! and more. His songwriting skills have placed him in studios amongst Grammy-winning/nominated songwriters like Ambré (H.E.R., Kehlani) and Jeff Gitelman (Anderson .Paak, H.E.R., Usher) and producer Maths Time Joy (Mahalia, Snakehips, Kevin Garrett). 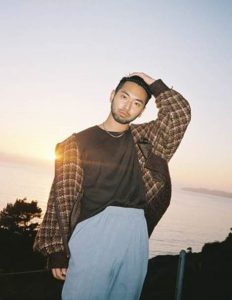