SYLO NOZRA IS CLEARED FOR TAKE OFF

IN NEW VIDEO FOR “SPIRITS” 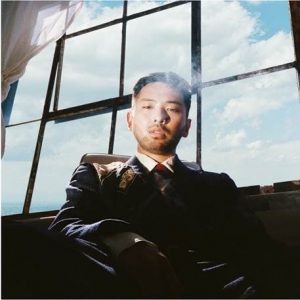 Toronto, ON – (April 15, 2021) – Korean-Canadian R&B singer-songwriter Sylo Nozra, today delivers a video for his new track “Spirits.” The video is set in something of a bit of a rare scene these days – a commercial airplane. Sylo is the pilot not paying attention to the aircraft, metaphorically being an example of the “spirits” (alcohol) kicking in and running on autopilot. Directed and edited by Sylo’s creative partner, Martin Klapperbein, it was shot mostly at a uFly Simulator in Mississauga, ON – watch here now.

“Spirits” is a future-funk, bass driven sound on a very personal song. The lyrics are strong and vexed, about being done with a past lover, and the difficulty in trying to let go. Written and produced by Sylo and long-time collaborator, Toronto musician Goldchain, as well as Leo Dessi, the track taps into the angry, emotional experiences of ending a relationship.

“We made the demo for Spirits at a snowy cottage when there was nothing to do except make music. This is what came out. It’s about making blurry decisions when you’re intoxicated, thinking about the past,” said Sylo about the song.

Raised in Toronto by religious Korean parents, Sylo Nozra’s take on R&B and pop is inspired by his environment and upbringing. He began to sing in church services as a child and his love of music led him to learn several instruments at once, and was further influenced by ’90s R&B, Hip Hop and K-Pop, first introduced to him by his older sister.

Known for silky records created in his own home studio, Sylo’s sound has received global recognition and charting virally on both Spotify and Apple. His hit single “FOMO” saw major sync placements in Netflix’s On My Block and CBC’s Kim’s Convenience, plus he has received critical acclaim from Lyrical Lemonade, The FADER, Complex, i-D Magazine, Hilly Dilly, Exclaim! and more. His songwriting skills have placed him in studios amongst Grammy-winning/nominated songwriters like Ambré (H.E.R., Kehlani) and Jeff Gitelman (Anderson .Paak, H.E.R., Usher) and producer Maths Time Joy (Mahalia, Snakehips, Kevin Garrett).