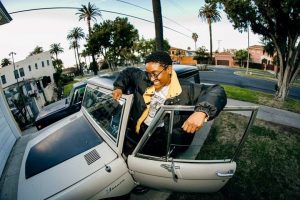 Singer, songwriter, producer, and engineer Syd has released a brand new track today called “Missing Out” via Columbia Records.  The song is an anti-Valentine’s Day ode that fuses all of the sonics that Syd does best — gorgeous vocals, wavy synths, a hard, crunchy beat, and yes, even a glockenspiel.

While “Missing Out” is the first bit of solo music to be released since her 2017 debut, Fin, Syd has continued to be a major cultural force over the last few years, hardly resting on her laurels.  Her band, THE INTERNET, released a critically acclaimed fourth album, Hive Mind; she appeared in Drake’s video for “Nice For What;” she wrote a song for Beyonce called “Otherside,” on the Lion King Soundtrack; she collaborated with Zayn, Lil Uzi Vert, Kehlani, Disclosure, Kelly Rowland, and Charlotte Day Wilson; she built a recording studio in her home of Los Angeles; she appeared in a Louis Vuitton ad at Virgil Abloh’s behest; she worked alongside Valentino’s head designer Pierpaolo Piccioli at Paris Fashion Week; she shot an Adidas campaign with Pharrell.  Throughout it all, she has remained a master of sensual, future-forward R&B songs, writing, producing, and engineering all of her own work.

Syd is currently working on her film project, partnering on an apparel/fashion project in Japan, teaming up with an upstart Napa Valley sparkling wine brand, and, while she’s been in quarantine, she has been focused on collecting and rehabbing old trucks.

“Missing Out” is just the first taste of what Syd has planned for 2021.  Watch this space for more… 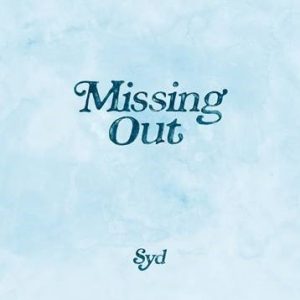