INTRODUCES US TO HER QUIRKY WORLD OF DANCE POP WITH 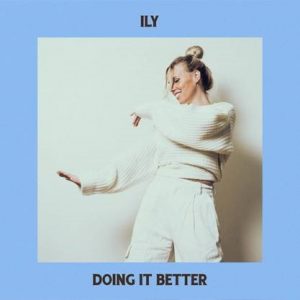 The Doing It Better EP blends ILY’s love of electronic music and dance pop with her carefree attitude and insatiable pursuit of fun. Produced by Canadian artist/producer Pat Lok with co-production by Tom Ferry, the title track is a pop disco anthem meant for making people smile, get up and dance. Behind the song’s driving bass line and bright, timeless energy is the underlying message that “we’re just better together, side by side, because we’re built that way. The song is about that feeling of being unstoppable with someone, and the solidarity between us all,” explains ILY. On collaborating with Pat Lok, she adds: “working with him was very easy going and nice, we sent the ideas between us back and forth and are very happy with the result!”

Reminiscent of 80’s synths, “California Gold” is about what we imagine happiness to look like, but it is often just an illusion that breaks when we finally get there, while ILY’s playful intonation serves as a reminder to slow down and enjoy the journey we’re on.

The next track on the EP, “For You” starts with her son’s heartbeat and is what ILY coins as her “modern love ballad.” Pulling at your heartstrings, the song is all about finding and relishing in the blissful feeling of unconditional love.

Earlier this year, ILY brought us a fresh new version of Tina Turner’s iconic #1 song “What’s Love Got To Do with It”. Produced by Albin Wagemyr, the remake mixes ILY’s signature blend of pop, disco and electronic sounds with the original version’s ageless attitude and sophisticated flair. 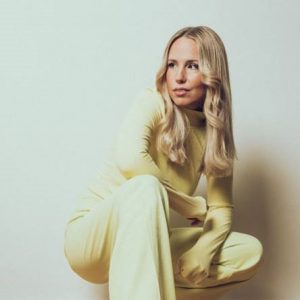 ILY is a pop and dance concept hailing from Stockholm, Sweden. Her music is an insatiable blend of electronic sounds, pop and 80’s influences that combine to form the perfect, quirky pop tracks. She lists artists like Kiesza, Lykke Li, Dragonettes, Icona Pop, Robyn, Chromeo and Janelle Monáe as some of her musical inspirations. ILY always had a desire to make music and become an artist. Her debut release was a collaboration with Swedish house producers Albin Myers and John Dahlback titled “Vibe”, which became the anthem for Sweden’s biggest house festival Summerburst in 2015. Her track “Remedy” with Mike Mago and Tom Ferry (2017) has currently over 33 million streams and the song “Alive” (by Jack Wins featuring ILY) has been featured on UK’s hit TV show Love Island. ILY received strong radio support from BBC Radio 1 and Swedish national radio P3.

More recently, she continued to release collaborations with names like Gianno Marino, Jack Wins, Initial Talk and Ellis while working on her debut album, Neurotic, out later this year. Now with over 50 million streams combined, 332k+ monthly Spotify listeners and climbing viral charts around the world, ILY’s fans will love what’s coming next.