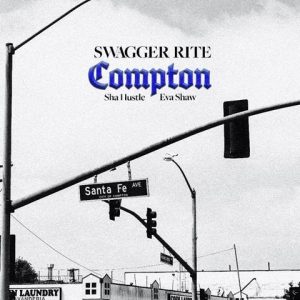 “Compton” continues Swagger’s 2021 takeover, following the recent release of his official music video for “Drugs & Love” ft. Roy Woods. That video, which serves as Woods’ directorial debut, sees the duo hallucinating about having a mysterious house party in a secluded forest, watch it here. Swagger Rite has been applying pressure and staying consistent with release after release, demonstrating the range of his bars and sound.

“Compton” feat. Sha Hustle and Eva Shaw is the epitome of modern Hip-Hop, combining clever lyricism with booming percussions, and sweet triple hi-hats. Fellow Canadians, Shaw and Hustle add the final touches to the song, giving it a bounce and nostalgic feel. “Compton” is an addictive track teasing us with a taste of what is to come from Swagger Rite’s upcoming EP, Detour.