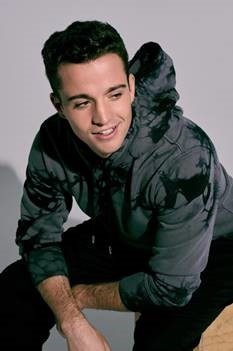 Today, Los Angeles-based singer, songwriter, and musician Stephen Puth unveils his debut single “Sexual Vibe.” He also officially reveals the news of his signing to Arista Records. Underscored by a throwback bounce, bright guitars, and funky bass tones, the track introduces his simmering, sexy, and soulful style. Its mix of pop and Motown-esque seduction proves fun, flirty, and fiery as he announces in a booming baritone, “We’re on that sexual vibe…”

About the song, he commented, “It’s about that moment when you see someone across the room, and how you feel before anything even happens. It’s about the build up and seeing where it goes. When I’m writing, I’m interested in how something started, how it ended, and everything in between.”

Additionally, he shares the music video for “Sexual Vibe” today. Lensed by acclaimed director and filmmaker Ally Pankiw [Ariana Grande, Janelle Monáe], the visual features Puth and his friends as they take over a house in the Hollywood Hills. The fun quickly evolves into a pool party as he vies for the attention of one particular love interest. It’s as seductive and slick as the track itself.

Stephen Puth knows that the most powerful, heartfelt songs in pop-music history are about love. A singer, songwriter, and musician, Puth also writes songs that traffick in affairs of the heart. But rather than complain about what goes wrong in relationships, the 24-year-old New Jersey native zeroes in on the small, random moments that can become saturated in one’s memory. “I try to focus on the tiny, specific things I can’t forget, things I didn’t think anything of at the time, but that later become powerful, emotional memories,” declares Puth. Growing up, he developed his love for music by immersing himself in classic rock and becoming enamored with legends like Van Morrison, Led Zeppelin, The Beatles, Carly Simon, James Taylor, Otis Redding, and Bill Withers. Classically trained in piano and self-taught on the guitar, he went on to become a songwriter-for hire, having written songs for artists such as The Vamps, Pretty Much, Daniel Skye, Jack & Jack, and Stanaj before deciding to become an artist in his own right. Now as one of Arista Records’ newest signees, Puth hopes to create music that resonates with people. “Most people’s lives consist of waking up, commuting, being at work, commuting, going to the gym, eating dinner, and falling asleep,” he says. “In between, there’s music. I hope my songs give people whatever they need to get through their day.” Puth’s retro-tinged single “Sexual Vibe” is out now and he is putting the finishing touches on his 2019 EP release. 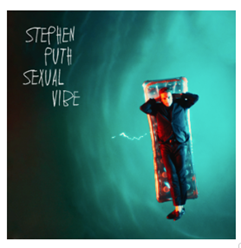